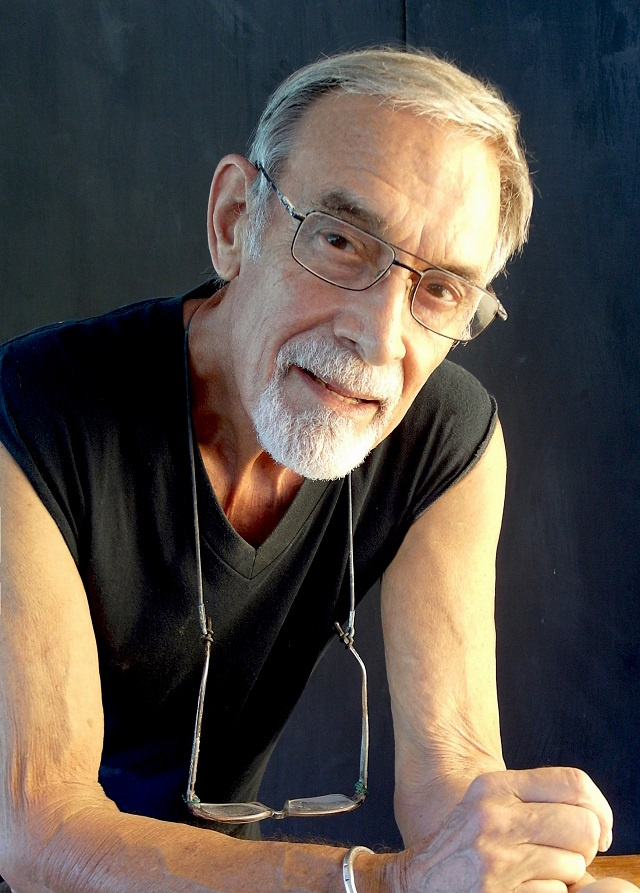 Bowers, who was born in Britain and who relocated to the islands permanently 36 years ago. (Riccardo Roccardi)

(Seychelles News Agency) - Seychelles has lost one of its adopted sons who found inspiration in the islands for his sculptures. Tom Bowers, who passed away this week, was laid to rest on Friday. He was 84.

An internationally renowned sculptor with a studio in the western district of Anse Boileau, Bowers is famous for his bronze sculptures depicting the fauna, flora and people of the island nation. Bowers, who was born in Britain and who relocated to the islands permanently 36 years ago, once said that "Seychelles provides me with all the inspiration I need. Everywhere I look, there is something to fuel the creative imagination."

SNA spoke to Bowers' daughter - Katy - on Thursday, who said her father first visited Seychelles in December 1981, "when he fell in love with the nation and the Seychellois people."

"It was a love so strong that he decided to uproot from the U.K. and to make Seychelles his homeland. His passion for Seychelles inspired him to create his sculptures and to pursue his love of art by making it his living," explained Katy.

Katy added that Bowers was devoted to his work as a sculptor. "His sole passion was to be seated at his workbench creating something new that depicted the unique lifestyle of Seychelles."

Bowers first came to Seychelles on holiday and settled here with his family in 1986, leaving behind a long and successful career as a commercial photographer and director of TV commercials. His first move after settling on Mahe was to build a bench at which he pursued his new profession as a sculptor.

According to Katy, Bower's artistic ability, particularly his love of sculpture, became apparent when he was very young, although the opportunity to study art formally did not arise until after he left school and taken his first job.

Back in the UK, Bowers worked as a skinner for Rowland Ward, the taxidermist, where he gained valuable knowledge of anatomy which inspired him to make wax sculptures with a wildlife theme. A friend recognised his talent and showed the waxes to a lecturer at the local art college.

Impressed by the works, the lecturer invited Bowers to take up a course in sculpture and graphics. Bower's experience with photography during the course led to his enrolment at a U.K. School of Photography.

For the next 20 years, Bowers worked closely with leading UK advertising agencies on both national and international campaigns, including the British supermarket giant Asda.

His sculpting abilities were much in demand during this period, creating unusual props for backgrounds and sets – Wizard's thrones, oversized piggy banks and little munchkin men for a breakfast cereal.

It was then that Bowers first came into contact with a two-part resin designed for the US space authority, NASA, as a repair kit for military use. The possibilities created by this product provided the `push` he needed to return to his first love. In less than a year, he had retired from photography and moved to the islands to take up sculpting full time.

Bowers works by making an original sculpture in the resin, which is then sent to an art foundry to be replicated in bronze. All the sculptures are inspired by the Islands of Seychelles, their nature and their people.

Many pieces are in private collections worldwide, and also several national monuments seen on the three main islands of Mahe, Praslin and La Digue. One of Bower's national accomplishment - located in the capital city of Victoria - commissioned by the government, was unveiled in 2014.

"He is well known for his many works but I think his most remarkable one is the Liberty Monument as it coincided with the island nation's Independence Day," Daniella Marie, a member of the public told SNA.

In an interview with SNA in June 2014, Bowers said he has been inspired by the drive which exists in the country to bring about national unity. "It's a combination of where the country is at the moment and I wanted to do something which depicts what is happening. At this point the country needs working together, pulling together and this sculpture is putting together the people the flag all for the good of Seychelles," said Bowers.

Katy said that as his only surviving daughter, "I share his passion for Seychelles and his love for all Seychellois and it will now be my honour, my place and my duty to continue the work of Tom Bowers Sculpture Studio."