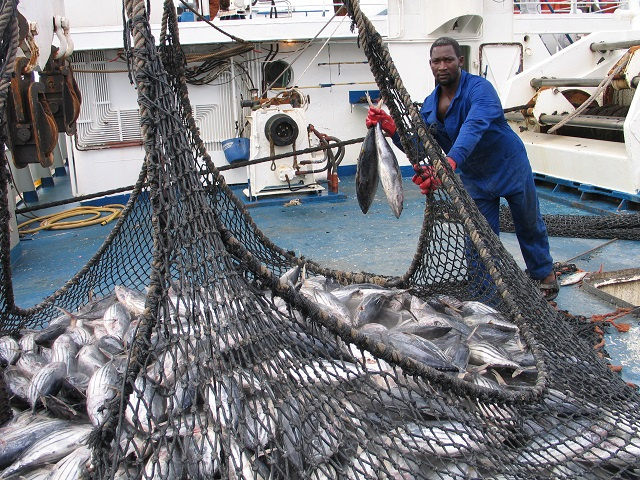 (Seychelles News Agency) - Seychelles has expressed its disappointment over the Indian Ocean Tuna Commission's failure to adopt revised measures geared toward the rebuilding of yellowfin tuna stock in the Indian Ocean during a special session last week.

The March 8-12 special session discussed the sustainability of fishing yellowfin tuna and addressed deficiencies in the harvest control rule for skipjack tuna. IOTC member countries opted to delay any decision on yellowfin catch limits until the commission's annual meeting in June.

The principal secretary for fisheries, Roy Clarisse, told a press conference on Tuesday that it is regrettable that these amendments were not adopted.

"We in Seychelles are really disappointed that none of the resolutions have been approved. It is really important that these resolutions are approved to ensure that the stock of yellowfin tuna and tuna stock, in general, remains sustainable," said Clarisse.

Yellowfin tuna in the Indian Ocean is currently the most overfished tuna stock in the world. In 2016, the Indian Ocean Tuna Commission (IOTC) adopted a resolution reducing the fishing allowance of the species by 15 percent to help rebuild the population.

Maldives and the European Union (EU) tabled proposed amendments to Resolution 19/01 on an interim plan for rebuilding the yellowfin tuna stock in the IOTC area of competence. The proposal sought to further reduce the fishing limits on yellowfin tuna, apply the reduction to all yellow tuna fishing vessels and revise the percentage reduction per gear.

A coalition of more than 100 non-government-organisations and seafood companies, including Nature Seychelles and the Global Tuna Alliance, had backed the proposals for and urgent reduction in drifting FADs, or fish aggregating devices.

He outlined that these resolutions are applicable for Seychelles and the island nation has made an effort to reduce its catch as asked under the resolution. Clarisse said that "there are however countries that have not done any reductions."

"Another sad happening during the session is what we call the unfairness or inequity on how these resolutions are applied, as most of the time we see that there is a specific gear that is targeted whereas other gears are not targeted," said Clarisse.

He explained that most of the resolutions ask purse seiners to make the biggest sacrifices, whereas not enough effort is being made to ensure that gears that are much more destructive, such as gillnets, are well regulated. Purse seining is the main form of fishing to catch tuna in Seychelles.

Fishing is the second top contributor to the economy of the island nation in the western Indian Ocean.

Sri Lanka brought forth a proposition asking for the establishment of minimum conservation reference size for yellowfin tuna caught in the IOTC area while Kenya and Sri Lanka tabled a proposal to amend Resolution 19/02 on the Management of Fish Aggregating Devices (FADs) in the IOTC.

Kenya and Sri Lanka were requesting a further reduction of the number of FADs in the purse seine fishery, establishment of a closed period for FAD fishery, and reduction of supply vessels leading up to a proposed prohibition of the use of such vessels.