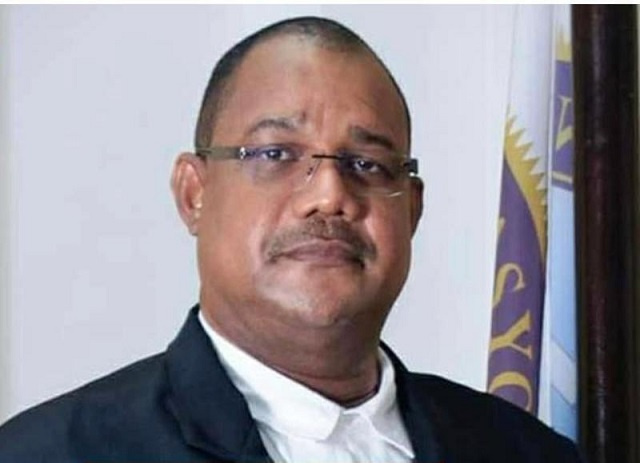 Patrick Herminie is the new leader of the United Seychelles the main opposition party. (Seychelles Nation)

(Seychelles News Agency) - The main opposition party United Seychelles (US) is confident it can make a comeback in the next elections.

The party lost the presidential election in October last year after 43 years of holding the presidency. It also lost a majority of the seats in the National Assembly.

The party elected a new leader and executive committee earlier this year.

SNA spoke to the new leader, Patrick Herminie, for an overview of the party's plan.

SNA: You take the helm of US at a very difficult time and when the party suffered its first ever electoral defeat. What do you think caused your party to lose the elections?

PH: We have done our introspection and post mortem and I would say we lost due to a number of factors. There was a lack of direction and strong leadership. We had a weak campaign and had become complacent and even I would say politically arrogant. The leaders were not listening, and the supporters started to leave as they were unhappy with that.

If I were to pinpoint a specific time when things started to go sour, I would definitely say it came when a group of former leaders and dedicated party members took the decision to break away and from Lalyans Seselwa. This party eventually drew the support of our disgruntled members and from there started the bleeding of support from the US.

SNA: Last year's results showed a shift of younger voters voting for Linyon Demokratik Seselwa instead of your party. What are your plans to address this matter?

PH: Yes, we have not been able to attract as many young voters as before. Part of it was due to us leading a low key campaign, centred mainly around our own. We did not hold motorcades and rallies which usually pull in the youth.

Having said this we did have three years before to use our structures to provide a framework that would attract the youth and this could have offset the margin of defeat and obviously we failed there.  It is for this reason that the first task we have set ourselves is to create a national youth forum. We are currently in the process of setting this up. This would spearhead the drive to reach out to the youths, so to speak and it would also become a magnet for them.

SNA: What is the relationship between the two former Presidents Michel and Faure and what are you doing to bridge that gap to unite your supporters for a better chance of a comeback in 2025?

PH: To be honest, I do not know what the situation is between the two former presidents. I am not aware if they have had issues or not and if they do I don't know what it is about. Having said that, the advantage which we the new leadership of United Seychelles have is that we can be the bridge to unite the scattered factions. We are convinced that we are the ones who can do this and for us, this is a priority because regaining our voters is essential for us to get the votes so that we can get the 50 percent plus one vote needed to win. The former President Michel not only did not vote but neither did he endorse our candidate. There are others who traditionally supported us and who turned against us in the last election. We have to get them back in the fold.

SNA: Is United Seychelles in contact with former President Michel and is he still a member of the party?

PH: We do not have a political contact as such, but it's more of personal relations. For example he would send wishes for my birthday and at Christmas and I likewise do the same, but there is no political contact and he is no longer a party member.

SNA: Do you think that US can come back from such a crushing defeat?

PH: Yes, we are certain, because the actual situation in the country speaks for itself. LDS had campaigned on putting more money in the pockets of the people. It had promised 10,000 rupees salary for home careers. It said it would improve URS allowance, that no one would lose their jobs. And this drew them a lot of support.

You would be surprised at how many carer-takers voted for LDS, how many senior citizens who were benefitting from the home care scheme voted for LDS. They did that because they really believed what they were promised! But what are we seeing actually? URS is being dismantled, home care will be reviewed, carers have been told that this is not a job they should aspire to. As the economic situation worsens people are losing jobs.

The government says there are jobs, but a closer look reveals many advertised job opportunities are fake or set ridiculous entry criteria. For example, there is an advert for a cashier but the requirement is a Masters degree in Business Administration. All this is resulting in frustration, disillusionment and disappointment.

Now our aim is to show that we really are the better party to govern and to take care of the less fortunate.

SNA: You mentioned the employment situation. What do you have to offer the workforce which will entice them back to US?

PH: Workers need a serious, well versed Labour Union to represent them, so that is why we will soon, within the coming weeks, launch a new workers' union. Before the union was weakened because we were the ruling party and eventually instead of defending workers, the union had developed into some sort of middleman between workers and their employees. This time around it will be completely different, with a totally new line up in its administrative body.