To fly or not to fly? Debate rages around new Seychelles Airline’s trading name 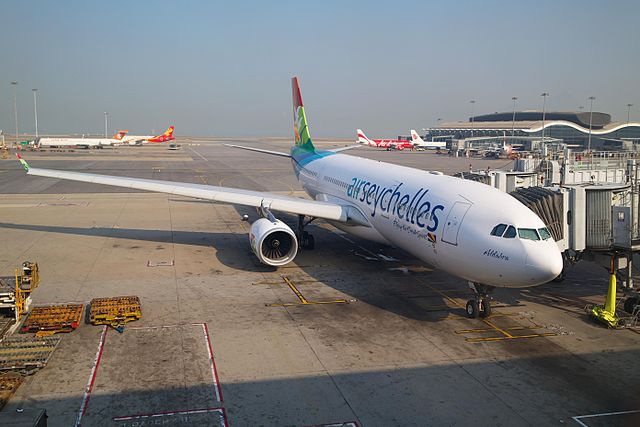 (Seychelles News Agency) - The ongoing saga that plagues Seychelles Airlines, a newly registered airline to be based in the Seychelles, has taken a new turn as the Seychelles Civil Aviation (SCAA) announced this week that it was suspending work on the new airlines’ document submitted two months ago for an Air Operators certificate(AOC).

This is due to a court case in which the owners of the airline, Intershore Aviation, are contesting demands made by the Seychelles Registrar to change the airline’s trading name, with Intershore arguing that they had already been legally approved and registered by the registrar under Seychelles Airlines.

In an interview on Monday with the national television station, Seychelles Broadcasting Corporation (SBC), the Chief Executive Officer of the SCAA, Gilbert Faure explained his agency’s position saying that on advice of their legal counsel, they were currently unable to process the application of Seychelles Airlines for an Air Operators certificate (AOC) as the matter was sub judice or pending court judgement.

Faure added that he did write to the management of Seychelles Airlines in July 2014 informing them of this decision.

“We will not proceed with their application until such time that the court has ruled over the matter,” said Faure.

In an interview with SNA held at Victoria House, the management of Seychelles Airlines said they had responded to this with a formal letter to the SCAA dated on September 8, 2014 requesting an explanation from Faure to state under which legal provision the SCAA had based its decision not to process the application for the AOC.

Seychelles Airlines is owned by Intershore Aviation, a company which is owned by prominent lawyer and politician Phillipe Boullé.

“We’ve asked SCAA to indicate to us under which legal provision they rely on to establish that position that they can’t even process our papers because they are administering an act, the civil aviation and under that act you are told what you are allowed to do or what you can’t do,” the Chief Executive Officer of Seychelles Airlines and former Principal Secretary of Finance, Ahmed Afif, told SNA.

Afif said to date the company is open to discussions with the SCAA, but up to now it has not received a reply from the aviation authority.

“The main issue at hand is not the Registrar, the issue is the SCAA as to why they are not processing our application,” explained Afif.

Intershore Aviation must now wait to be given a court date in the name registration dispute, and without the Air Operator’s Certificate, they can do little else but wait.

Attempts made by SNA to obtain a comment from the Registrar’s office were unsuccessful.

The case revolves around the trading name of the airline to be used; Seychelles Airlines.

According to Afif, the management of Seychelles Airlines held various discussions with the Registrar on deciding a trading name. Company names that include the word ‘Seychelles’, are generally reserved for government- owned entities, but the Registrar’s office can at their own discretion, allow the word, Seychelles, to be used, based on individual cases.

Notable examples of private businesses whose names contain the word ‘Seychelles’ include Seychelles Breweries, Today in Seychelles and, Seychelles Connect.

Afif claims that an old company existed under the “name ‘Seychelles Airways’, which is still on the register of companies.

Three weeks after submitting their application to trade as ‘Seychelles Airlines’, the Registrar informed Intershore Aviation that approval had been granted to register the name, and an official certificate was subsequently issued to them on 22 August 2013.

Four months later, what Afif described as a complete turnaround, Intershore Aviation was contacted by the Registrar, and advised to change their trading name, to omit the word ‘Seychelles’, a request that Intershore Aviation decided to take to the courts.

Despite the ongoing dispute, Afif claims that, the trading name ‘Seychelles Airlines’ is still on the register of companies.

Afif and his second-in-command, Captain Robert Marie, explained to SNA that besides their correspondence with the media, international airports and regulators as ‘Seychelles Airlines’, costly items such as cutlery, head rest covers and pillow cases had already been made with the airline’s branding on it.

Having to re-brand the airline they say would be an expensive exercise.

“We are prepared to look at all avenues that would unblock the situation. In the event that we lose the case or don’t sort this issue out we would then have to find a [new] name at that point. We will have to respect the law of the land. That is how we see things,” stated Afif.

“Unfortunately, these are costs we would have to bear if this is the way the ruling goes,” added Afif.

The management is aiming to start flying approximately 5 months after the receipt of the AOC.

In a recent meeting held with tour operators from France, in the presence of the Minister for Home Affairs and Transport Joel Morgan and Minister for Tourism Alain St Ange, it was confirmed that Europe, the main source of tourists to Seychelles, saw a six percent drop overall, while France, the traditional market leader, slipped by 13 percent into second place behind Germany.

Concerns raised by the French tour operators included high prices and the lack of non-stop flights to Seychelles from Europe.

Afif claims that nearby competitors such as Mauritius, Maldives and also Sri Lanka, which all offer non-stop flights to Europe, are experiencing just the opposite - an increase in European arrivals.

Air Seychelles re-commenced its offering of direct flights to Paris in July this year, but their ‘direct’ flights still include a stop-over in Abu Dhabi.

Unless Seychelles is served by non-stop flights, says Afif, those tourists who do brave their first visit may decide not to return again.

Desperate for their AOC from the civil aviation authority, Intershore Aviation say they can start operations about five months after they receive the operator’s clearance. They must then face the final regulatory procedure of being issued an Air Transport License (ATL) by the Ministry of Home Affairs and Transport.

Seychelles Airlines aims to start its operations with 130 staff and one leased Boeing 767-300ER aircraft, with the introduction of a second aircraft and more recruitment soon thereafter.

“So far we’ve identified seven aircraft from reliable certified leasing companies which we will inspect before deciding which to pick. One aircraft we’ve already sent engineers and specialists to have a look at it. We’ve also began preliminary negotiations on lease rate with the company. However, we haven’t committed ourselves because it comes with a price tag and we don’t have an AOC yet,” said Marie.

The embattled carrier plans to start off with five non-stop weekly flights to Europe, including Paris, Rome and Cologne in Germany.