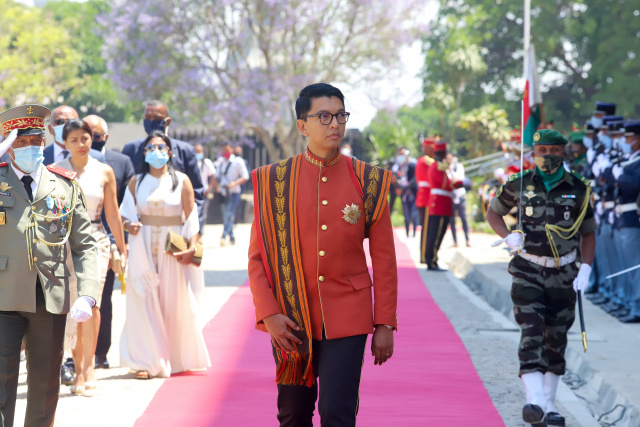 (AFP) - Madagascar's President Andry Rajoelina has said he does not plan to vaccinate himself against Covid-19, preferring a herbal "remedy", and is in no hurry to launch mass inoculations for his citizens.

"Personally I have not yet been vaccinated and I do not have any intention of getting vaccinated," he said in a televised address late Saturday.

Rajoelina has widely boasted the virtues of a locally-brewed artemisia plant infusion to fight coronavirus.

Branded under the name Covid-Organics and known as CVO, the drink is also available in a gel form. It has not been scientifically tested.

Rajoelina said he was turning to CVO "to protect myself and my family".

"The Malagasy state and I are not against the vaccine," he said.

But he said the Indian Ocean island nation was in "a phase of observing the vaccine", saying there were "too many side-effects" to start mass vaccinations.

Rajoelina did not specify which side-effects he was talking about.

Common side-effects of the available vaccines include short-lived tiredness and headaches.

There have been reports of rare cases of blood clots in vaccinated people out of more than 400 million doses injected worldwide, but investigations have yet to confirm a link with the jabs.

The World Health Organization insists the available vaccines are safe and has encouraged governments to roll them out as widely as possible.

There is no evidence that CVO "is effective in preventing Covid-19 infections", said the rights group's Madagascar researcher Tamara Leger.

Madagascar has recorded more than 22,000 Covid cases and 340 deaths over the past year.

Rajoelina said the country was entering a second wave of infections, notably due to the presence of the highly transmissible South African strain of the virus.

Last month Madagascar counted 2,483 new infections and 45 deaths, the president said, insisting it was "nothing to worry about".

Last April his government began distributing free CVO across Madagascar, although the handouts were paused when a lockdown was lifted in October.

Rajoelina said CVO would again be handed out in neighbourhoods hit hard by the pandemic from Monday.