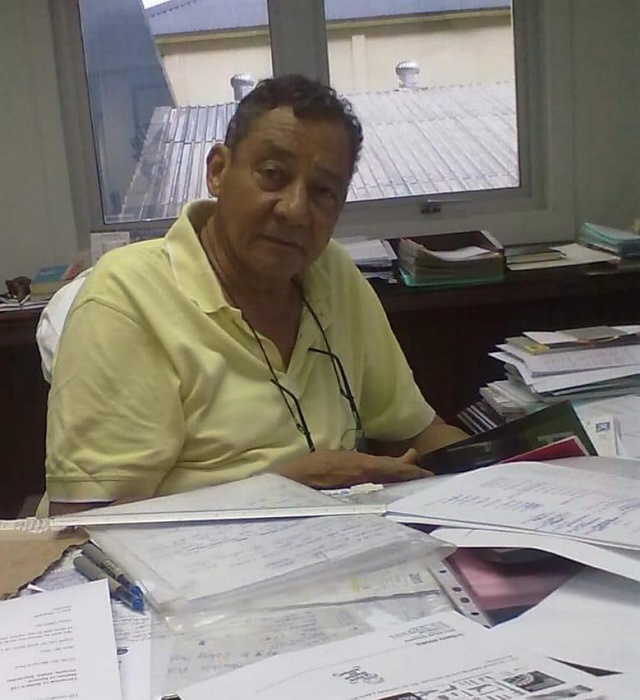 Dingwall is remembered for his success in business, where he has surely left his mark as a pioneer in entrepreneurship in Seychelles. (Daniella Dingwall)

(Seychelles News Agency) - Seychelles is mourning the passing of Jean Dingwall, an entrepreneur who in the 1970s and 1980s was detained as a political prisoner but in more recent years was a prominent businessman whose company helped outfit and upgrade the island nation's homes. He was 72.

Dingwall, the founder and owner of Homemakers, died a month ago while undergoing treatment in Cape Town, South Africa. He was laid to rest on Saturday.

The entrepreneur's funeral service was held at the Saint Joseph Catholic Church at Anse Royale; he was buried at the district cemetery. Anse Royale is where Dingwall was born and where he lived his whole life.

President Wavel Ramkalawan, on behalf of the government and the people of Seychelles, sent his sympathy and condolences to the Dingwall family.

"Mr Dingwall was an avid Seychellois businessman who has played an important role in bringing quality products to many Seychellois homes and citizens. With over 30 years in business, today we pay tribute and remember his contribution to our nation," Ramkalawan said in his message.

The president added, "his legacy lives on through the service and support he imparted to our communities through his business."

Dingwall was the founder of P&J Supplies Pty Ltd Homemakers, a family business providing essential home supplies to the nation for four decades.

Dingwall is remembered for his success in business, where he has surely left his mark as a pioneer in entrepreneurship in Seychelles – 115 islands in the western Indian Ocean, though not all was smooth sailing as Dingwall had a challenging life.

His widow, Daniella, recounted the 40 years she spent with the man who had basic schooling, was employed only once before deciding that he wanted to become his own boss.

Born as a twin in a family of six children in 1948, Dingwall hailed from a fisher family thus it was not surprising that owning a fishing business was one of his first business ventures.

''At the age of 12 he was sick with rheumatic fever which led to complications with his heart, as a result, he was frequently sick with fever, was in and out of the hospital and missed a lot of schools," Daniella told SNA.

Dingwall was employed only once as a clerk with the then ULC but soon teamed up with a schoolmate to run an insurance company. He then opened his fish export business called 'Le Bon Poisson'. After losing his fishing business in March 1979 he opened P&J Hardware.

Over the next 40 years, the shop would grow into Homemakers, providing building materials, tiles, bathroom and kitchen accessories, furniture, cutleries and much more.

"He was very hard working. We would come down to the shop at around ten in the morning and he would not come home until nine in the evening, by then the kids would have been asleep. He would eat dinner and then go back to work until sometimes one or three in the morning," recalled Daniella.

According to Daniella, all of Dingwall's work was for the wellbeing of his children. "He succeeded because he was not afraid to take risks, and he took a lot of risks."

"Jean was a very giving person, good-hearted, always willing to share and help, he would give you the shirt from his back," said Daniella, adding that with the support of their children, she will continue Dingwall's legacy through decentralizing the services, with the opening of a new shop on Praslin – the second most populated island, and hopefully one at Anse Royale – his native district, something Dingwall always wanted to do.

Daniella added that the entrepreneur, who retired five years ago, died prematurely as they had planned to travel a bit for leisure, but she said Dingwall died a happy man as it was his wish to see a change of government in power for 43 years, which happened in October 2020.

Under the one-party rule from 1977 to 1993, Dingwall was targeted and became a political prisoner because he was not a supporter of the ruling party. He recounted his hardships, arrests and his imprisonment on three different occasions during a sitting of the Truth, Reconciliation and National Unity Commission in June last year.

Dingwall claimed he was arrested and detained without trial in 1979, 1981 and 1984. He was constantly followed allegedly by state security and his home was bugged. Despite being offered exile to Australia and Britain, Dingwall remained on the island and struggled with his business which he claimed was also targeted, where he even lost his fishing business.

According to him, he met with the organisers of the attack overseas and even saw the consignment of arms for shipment. Dingwall claimed that he was in charge of the hotel bookings and other logistics on the local side. According to Amnesty International Dingwall is the longest-serving prisoner of the one-party state of the island nation.

But despite these hardships, Dingwall has proven that against all odds with determination one can succeed.  Dingwall leaves behind his wife Daniella, four children – two sons and two daughters -- and his legacy of bringing comfort and homeliness to homes in Seychelles.