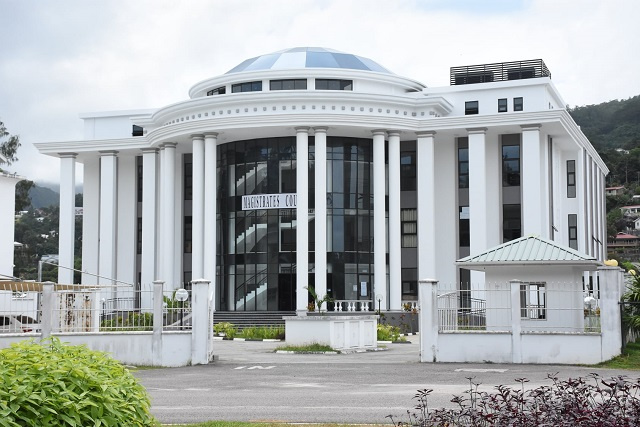 President Ramkalawan said that the inauguration of the Magistrates Court is a significant accomplishment for the Judiciary in Seychelles. (Seychelles Nation)

(Seychelles News Agency) - Several projects including a fast patrol vessel funded by the Indian government were handed over officially to Seychelles on Thursday in a virtual inaugural ceremony.

The inauguration was attended by the President of Seychelles, Wavel Ramkalawan, Indian Prime Minister Narendra Modi and other high level government and diplomatic officials.

The projects include the completion of the Magistrates Court, installation of a one megawatt solar plant on Romainville Island and 10 high impact community development projects.

In his address, President Ramkalawan said that the inauguration of the Magistrates Court is a significant accomplishment for the Judiciary in Seychelles.

"The construction of this court has been funded thanks to an Indian grant of $3.4 million. It provides for greater security and comfort in the daily operations of the Magistrates courts, allowing for a more conducive environment and greater efficiency for the administration of justice," he said.

On his side, Modi said that a "good judicial system is vital for every democracy. We are happy to have contributed to the realisation of the Magistrate court. I am sure it will be a symbol of our deep and abided friendship."

The Seychelles' president welcomed the donation of the patrol vessel "Zoroaster" which he said "comes at an opportune moment, reinforcing our efforts to combat and deter maritime crimes, with specific emphasis on counter-narcotic operations within the vast expanse of our maritime zones. "

He said that the state-of-the-art vessel will enable the Seychelles Coast Guard to fulfil its principal mission of defending our territory, thus contributing to regional stability and security.

India has also funded a one megawatt solar plant on man-made Romainville Island which is expected to produce enough electricity to meet the consumption of about 400 households.

The two leaders also witnessed the inauguration of 10 completed projects under the High Impact Community Development Projects funded by the Indian government.

The projects were undertaken on Mahe, Praslin and La Digue, the three main islands of Seychelles, an archipelago in the western Indian Ocean.

The Indian Prime Minister said that "India has always believed in a human centric approach to development cooperation. The philosophy is reflected in the 10 high community development project being inaugurated today."

Ramkalawan also expressed his gratitude to India for its unfailing support and solidarity with Seychelles.

"What better example of Indian solidarity than your spontaneous donation of 50,000 doses of the COVISHIELD vaccine to Seychelles in January 2021. If we are nearing our target of achieving 70 percent of herd immunity by end of April 2021 and have re-opened our country to business, it is, in large part, due to this precious donation," said Ramkalawan.