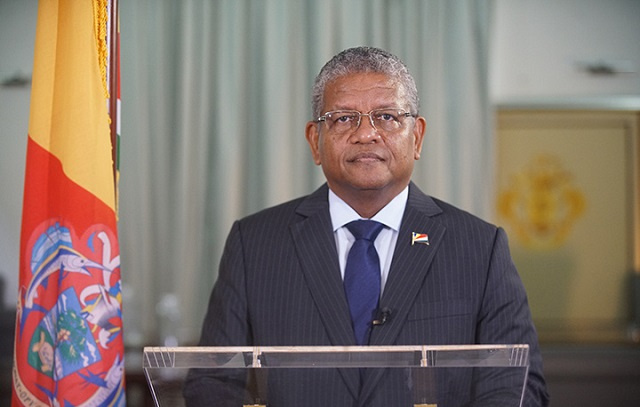 Ramkalawan said that for over six decades, Prince Philip served the Crown, the United Kingdom and the Commonwealth with great dignity, distinction and honour. (State House)

(Seychelles News Agency) - President Wavel Ramkalawan of Seychelles sent a message of condolence to Her Majesty Queen Elizabeth II after the passing of her husband, Prince Philip, Duke of Edinburgh, the Ministry of Foreign Affairs said on Friday.

"His Royal Highness Prince Philip was a dedicated public servant, committed to numerous causes which he served with passion and integrity and a steadfast companion and support to Your Majesty and to the Royal Family," said Ramkalawan.

The head of state of Seychelles, an archipelago in the western Indian Ocean, said that for over six decades, Prince Philip served the Crown, the United Kingdom and the Commonwealth with great dignity, distinction and honour.

"We in Seychelles treasure memories of His Royal Highness' and Your Majesty's joint visit to our Country in 1972, which we remember with much warmth and fondness. His Royal Highness shall be deeply missed but his legacy lives on and will continue to inspire us, as will his numerous achievements."

According to the British Broadcasting Corporation (BBC) news service "Prince Philip, Queen Elizabeth II's husband, has died aged 99, Buckingham Palace has announced. A statement issued by the palace just after midday spoke of the Queen's "deep sorrow" following his death at Windsor Castle on Friday morning."

"The Duke of Edinburgh, who was the longest-serving consort in British history, had returned to Windsor on 16 March after a month in hospital," added BBC.

Diplomacy » Be a reporter: Write and send your article » Subscribe for news alert
Tags: Duke of Edinburgh, Queen Elizabeth II