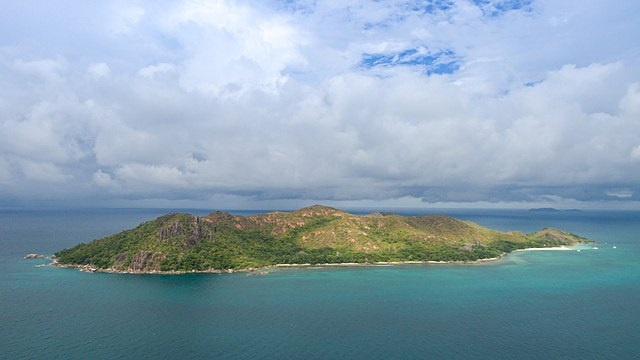 The programme includes the cleaning, recording and data analysis of litter picked from two beaches and mangroves of the island. (Luftbild der Insel Curieuse Seychellen) Photo License: CC BY 2.0

The programme which started earlier this year and held every month, includes the cleaning, recording and data analysis of litter picked from two beaches and mangrove of the island. It is funded by the GOS-GEF-UNDP Ridge to Reef Project.

“This project is the first of its kind to be undertaken in the marine national parks. We do many clean-ups in the parks but such activities are not as comprehensive as this one. In this project we are collecting long-term data from which we can better draw a conclusion and use for further actions,” Isabelle Ravinia, the senior research scientist from the authority, told SNA in an email interview recently.

According to Ravinia this programme "will provide baseline data on the amount and type of waste that is collected in the mangrove and beaches of the park. The programme will also consist of special awareness clean ups with the community, to educate the public about the impact of marine pollution.”

The first awareness clean up involving the Praslin community will take place on June 8, to commemorate World Ocean Day 2021.

“The cleaning of beaches and coastal areas is a first trigger for people to start understanding the huge pressure we are putting on our marine environment. However, to change people’s habits and ensure they connect to the environment, a long term approach is vital. Lessons learn from this program on Curieuse can lay the foundations for other SNPA parks and even for the country,” she explained.

Curieuse Island is a small granitic island close to the third-most populated island of Praslin – one of the 115 islands of Seychelles in the western Indian Ocean. It is the second island apart from Praslin where the unique endemic coco de mer palm grows in its natural state.

The island is also home to hundreds of endemic giant Aldabra tortoises which were introduced from the Aldabra Atoll between 1978 and 1982. As part of the conservation programme, there is a tortoise nursery on the island, where tortoises are nurtured until they are five years old when they are released into the wild.

In the case of the Curieuse Marine Park, the majority of waste originates from the sea as there are very few people living on the island – most are rangers employed with the authority.  According to a release from the authority, having protected area status does not shield marine parks from the danger of plastic waste and marine litter. “According to a recent UN report, around 13 million tonnes of plastic flows into our oceans every year. The UN also says that 100,000 marine animals die each year due to plastic related causes,” explained the release.

Some turtle nesting beaches on Curieuse contain accumulated marine litter, which has been observed to obstruct sea turtles from laying their eggs.

“Such a program will feed into decision-making, will raise the profile of SNPA as a conservation organization dedicated to the prevention of marine pollution as per mandate, create greater awareness regarding the impact of marine pollution and help curb the problem which greatly affects marine biodiversity,” added Ravinia.

Ravinia further explained that the programme will also build partners engagement allowing individuals and communities to come together, for the global improvement of marine life and coastlines.