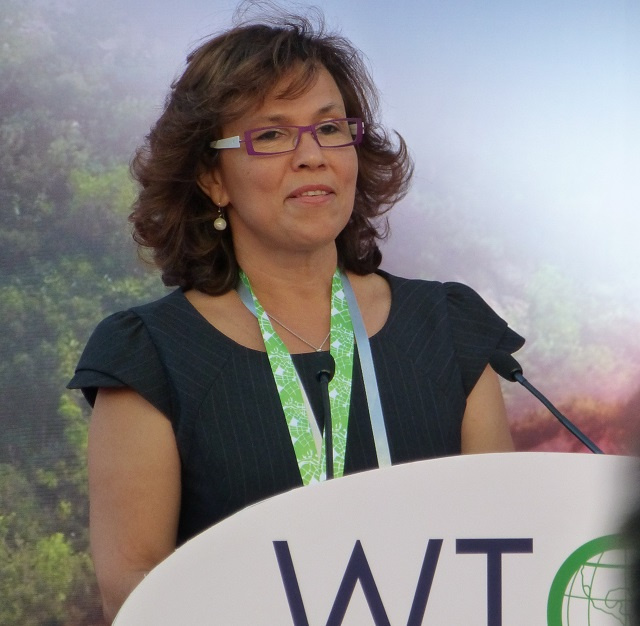 (Seychelles News Agency) - A former mayor of Victoria, Jacqueline Moustache-Belle, has been appointed as the director of the Gender and Youth Department (REFELA) of the United Cities and Local Government Africa (UCLG).

REFELA is a network of locally elected women of Africa created in 2011 which brings together women members of political bodies responsible for the governance of African cities and regional authorities.

The former Co-President of UCLG-World and who until recently was the chief of presidential protocol in her native island of Seychelles starts her mandate next month.

SNA spoke to Moustache-Belle about her appointment and new responsibilities.

SNA:  First of all congratulations. Can you explain what will this new role entail?

JMB: I will be responsible for all gender and youth issues on the African continent. Other than my role as director, I will also have a second responsibility which is that of secretary of REFELA, where I will work directly with the network to coordinate all their activities on the continent.

Presently, UCLG has three campaigns and as director, these are the activities I will be involved with.

All three are equally important but more emphasis will be placed on the one focusing on street children.

SNA: These are three ambitious campaigns so what makes you the ideal person for this position?

JMB: It is a huge challenge but not an impossible one. I will not be doing this alone. I will be working with a strong group of women and you know as women our maternal instinct is to protect children.

And as soon as we put the right mechanism and structure in place to undertake this campaign, I am confident that we will get a positive response. We hope that various organisations will come forward to assist us. We might not be able to get all of them off the streets but we will be able to do it for a majority of them.

It should be noted that this campaign's patron is Princess Lalla Meryem of Morocco, who advocates for children's rights. Already with the involvement of the Moroccan Royal family, we have the necessary support to make this campaign a success.

Now my role is to go to all the African countries and talk to their governments. I will outline our plan and why it is important to have this campaign and get all of them on board. Maybe, they can assist with plots of land required to build the houses needed for the children. And of course, there are many big companies and rich individuals on the continent which we hope to bring on board as well.

Once we get the construction out of the way, we will focus on training of manpower – the employers of those centres, doctors, psychologists, psychiatrist and all the other personnel who will be managing those homes and working with the children.

As you are aware, there are many reasons why these kids are living on the streets. Some are orphans or have been abused by their parents, some were gang members or child soldiers. So, we need to have a strong professional team to work with them to give them a second chance.

SNA:  What is the timeline to get this campaign up and running?

JMB: This will be an ongoing project but our initial goal is to raise awareness about the issue of homelessness in Africa as soon as possible.

SNA: You come from a small island state and you are taking up a post on the continent. How were you chosen for the post?

JMB: When I was mayor of Victoria, Seychelles was represented on one or two international associations. I remember one of my staff, Rassin Vannier, stressed the importance of attending those meetings and ensuring Seychelles was well represented especially since my predecessor was formerly an executive member and we needed to attend the meetings to keep our position on these committees.

I made sure I was present and I was very vocal at these meetings. I was later elected as an executive member of UCLG Africa and worked alongside mayors from different parts of the continent.

Later, Seychelles contested the position of president for the eastern region of Africa. We did a lot of lobbying and I was elected Vice-Chairperson for East Africa. And subsequently, I was the first female mayor to be elected as co-president UCLG- World alongside the cities of Guanzhou, Quito, Paris and the Mayor of Kazan was the president.

However, due to unrest at the time in his country, he could not attend all the meetings so most of the time I was the one replacing him, and this gave me a chance to mingle and work with the different nationalities.

And unbeknown to me, it was during those sessions that I was being observed and assessed.

SNA: You were assessed on what exactly?

JMB: When I inquired about the qualities they were looking for, they said the following – integrity, honesty, frankness and dignity. In organisations where there is a lot of lobbying taking place, people might be tempted to get involved in corrupt practices. This was never the case for me. I am non-discriminatory and I am unbiased. I am happy that the panel noticed these qualities in me, and I have been judged and appointed based on those.

Furthermore, there is a certain level when reached, one need not apply for the position. It is the position that comes looking for you.

SNA: You will be taking your position at the beginning of next month. How do you feel?

JMB: I am ready for this new challenge but I am conscious that it is a big responsibility. I am aware that I will be working with people from 54 countries coming from various background, cultures, political beliefs, and religion.

I have travelled to a lot of these countries, so some of them are not new to me. I have never been to a place where I have not been able to do my work. Yes, some countries are easier than others. But my philosophy in life is that all doors are equipped with a knob, waiting to be open and I can open all doors that exist.

Also, life is a journey and each one takes you to a different destination with a different experience. I am now a child of the world working for my continent. It is an honour and a privilege. Yes, it is a mammoth task, but I am not going there empty-handed. I am taking with me the vast experience that I have gained from my country which has made significant strides in issues related to gender, children, and youth. I will be passing on this knowledge and expertise to the continent. So I am proud of Seychelles.

The Interview » Be a reporter: Write and send your article » Subscribe for news alert
Tags: United Cities and Local Government Africa