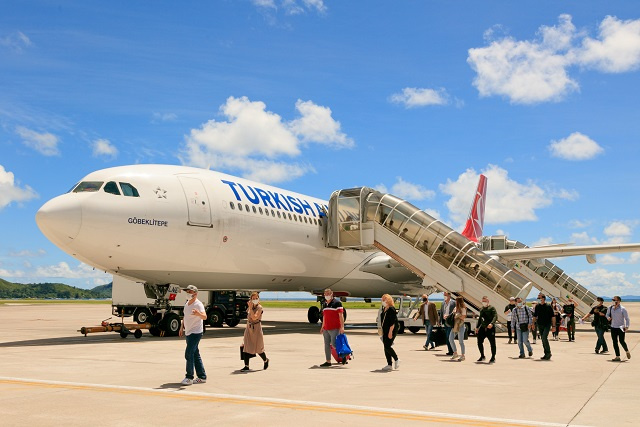 (Seychelles News Agency) - Turkish Airlines resumed regular flights between Istanbul and Seychelles on Friday after a year's absence due to the pandemic.

Turkey’s national airline ceased its scheduled flights to Seychelles in March last year due to the COVID-19 pandemic. When the island nation reopened its border on March 25 this year, the airline announced it will resume services with two weekly flights on Tuesdays and Fridays.

The chief executive of the Seychelles Tourism Board (STB), Sherin Francis, said that the resumption of flights by Turkey's national airline "is an important milestone for Seychelles, as at the end of the day, for you to be able to re-grow your tourism industry, you need airlines.

"They provide diversity in terms of connections and frequencies. For Turkish Airlines, their strength is their ability to tap into Central and Eastern Europe, as they have a lot of connections in these countries. These are the markets producing for us right now. It will help us to build the business further in a time where we know that we are still having a lot of difficulties getting visitors from Western Europe," said Francis.

She added that at the moment, UAE, Israel and Russia are the strongest markets.

The air transport officer of the Seychelles Civil Aviation Authority (SCAA) Kurtis Lespoir, said the return of the airline is good news for Seychelles and attests to collaborative efforts to restore confidence in the market.

“Before the Pandemic, we had predicted substantial growth by the airline in the coming years, but that took very sharp damp as of March 2020. However, the return of the airline today brings to us renewed hope that we will eventually get back on track. Growth in traffic at the international airport is expected with the resumption of Turkish’ Airlines passenger flights for the summer season and beyond,” he said.

In a press release from STB, the general manager of Turkish Airlines for Seychelles, Fatih Mehmet Kursun, said that he and his team are "very excited to be returning to Seychelles after a long, mandatory break."

"Resuming our flights to the islands already had a huge impact on the market. We are very pleased with the demand we have received from Central and Eastern Europe so far," he continued.

In the absence of its regular flights during that one-year period, the airline was conducting a series of ad-hoc cargo flights to the island nation in the western Indian Ocean.

A  Seychellois-owned company, EAST Services, also freighted Turkish Airlines to bring a consignment of cargo to the country.

Tourism » Be a reporter: Write and send your article » Subscribe for news alert
Tags: Seychelles Tourism Board