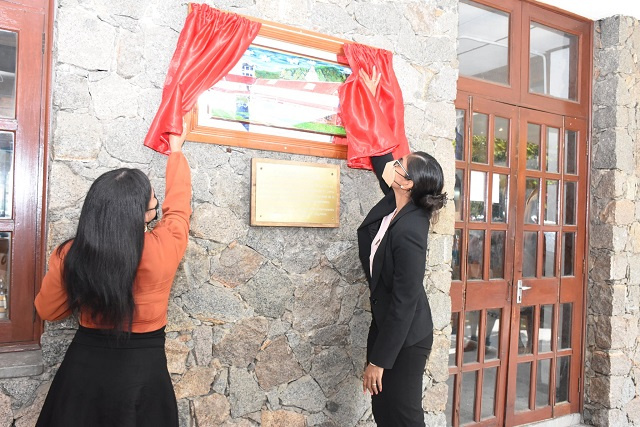 (Seychelles News Agency) - Camion Hall – located next to the taxi stand in Victoria – is one of only a few places in  Seychelles' capital that sells souvenirs and locally made items. Though not an iconic building, it is nevertheless historical and has a strong place in the craft industry of Seychelles.

As Camion Hall celebrates its 30th anniversary since its inauguration on April 27, 1991, SNA presents five facts about the building.

Prior to becoming Camion Hall, the building had several purposes. In the early 1900s, the building was a girls school for the Anglican Church.

It served as a school meal centre in 1945 for the school children of Victoria.

In 1970, the building was used as a sewing school, where classes were held on the premise by Ron Gurlash, an English man who was in the art of batik.

The building seen today was built in 1991 through a project financed by the European Commission and the government of Seychelles.

The purpose of the building was to act as a centre for the development of local artisans by providing training and workshops to develop the skills of the local people. Live training session and exhibitions were also held.

It was considered as a tourist attraction site where tourists were able to visit the exhibition and also observe the training whilst it was ongoing at the time of their visit.

The name Camion Hall was given to the building in reference to the parking area nearby, where taxis and camions – trucks - were stationed since 1967.

Many locals however use the name CODEVAR when speaking of the building.

This came about because in when Camion Hall first opened, it was under the management of the 'Corperation Development de L'Artisanat' which was abbreviated to CODEVAR.

In 1991, the building was managed by the 'Corperation Development de L'Artisanat' under the guidance of its managing director, Michelle de Lacoudraye-Harter.

In 1993, it was transferred into the hands of Seychelles Industrial Development Corporation (SIDEC). Eleven years later, in 2004, the Small Enterprise Promotion Agency (SENPA) was created and SIDEC was abolished, and as such, it was SENPA that took charge of the building.

With the creation of the Enterprise Seychelles Agency (ESA) in 2018 to take the place of SENPA, ESA inherited the building and is today the agency responsible for the management of the building.

Since Camion Hall was constructed, the Artisan des Iles craft shop is the longest running one in the building.

Very well placed in the downstairs central block, the shop opens in both the front and in the back, allowing visitors to come through to browse and purchase at their leisure.

It was designed to act as a central place to showcase and sell the work of local artisans, and it is still operational today.