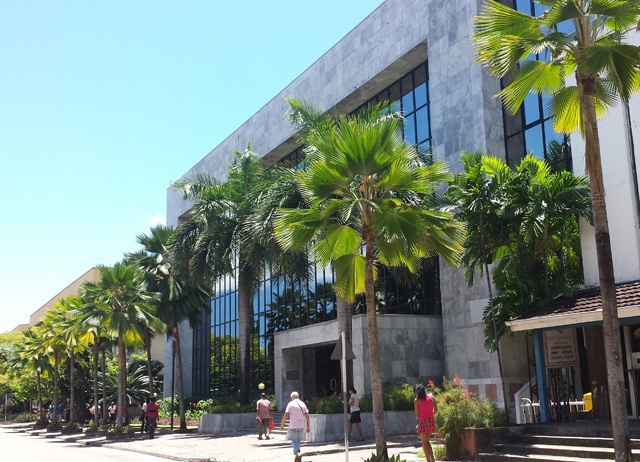 (Seychelles News Agency) - The Governor of the Central Bank of Seychelles (CBS) has announced that the Central Bank will be tightening monetary policy further in an attempt to keep the exchange rate stable and battle rising inflation.

Speaking at a joint press briefing this afternoon on the progress of the latest IMF mission in Seychelles, Governor Caroline Abel said the measures were designed to mop up excess liquidity in the market and build up greater foreign exchange reserves.

Similar measures were announced in the beginning of August and are expected to continue at least until the end of the year.

The policy is expected to make the prospect of borrowing money from the banks a bleak thought, even though the lack of ready access to finance has long been considered by the Minister of Finance, Trade and Investment, Pierre Laporte, as one of the largest stumbling blocks to growing entrepreneurship in the country of 90,000 inhabitants.

No return to the black market

According to a corresponding press statement issued by CBS, the demand for foreign exchange has far outweighed what was available on the market thus far in 2014, leading to a backlog in the supply.

“This is primarily due to the fact that the exchange rate was not adjusting at a pace that reflected the rising demand pressure,” said the statement. “The Bank wants to reassure the market that the recent movement in the exchange rate is in line with economic fundamentals at this point.”

According to the National Bureau of Statistics (NBS), the demand for forex in the second quarter of 2014 increased by 13 percent compared to the same period last year.

Laporte told journalists that the present “difficult situation” necessitated the tighter measures, which he said were already showing results.

However, he dismissed suggestions that large operators, notably those in tourism, should be compelled to repatriate all their foreign currency earnings to the central bank.

“We cannot re-introduce foreign exchange controls, as this would bring the black market back,” he said.

Government could however, work with the banks to get them to offer more attractive deposit rates, which would be an incentive to bring their funds here, added the minister.

“We can also try to get tourism operators to buy more local commodities and services to retain more foreign currency here,” he said.

Tighter monetary policy is often put into place by central banks in countries around the world when inflation is anticipated to exceed budgetary limits, and Seychelles is no different.

Based on the Consumer Price Index (CPI) figures, CBS has conceded inflation during the third quarter of 2014 was “relatively benign” but warned that if the trend in the foreign exchange market continued, inflation levels could rise dramatically in the coming months.

The Central Bank must pay careful attention to economic forecasts on both domestic and international fronts to try to avert shocks and keep the economy stable. Although commodity prices such as food and crude oil fell in general over August, the weaker exchange rate, particularly between the Seychelles rupee and the U.S. dollar, has the potential to send local inflation skyrocketing.

The remote archipelago, constrained by a lack of resources and arable land, imports over 90 percent of what it consumes, leaving it vulnerable to external shocks.

Governor Abel said foreign exchange reserves have during the first half of 2014 risen to $467 million - a $42 million increase from December 2013 and edging the bank’s reserves closer to an equivalent of five months’ worth of imports.

She said that the reserves constitute an “insurance policy” for the CBS, which will intervene on the money foreign currency market only “if prices are under too much stress”.

She noted that inversely, should the rupee appreciate too fast, this would make Seychelles less attractive for tourism when compared with the weaker rates of its main competitors, in which case the CBS would intervene to weaken the rate.

According to Governor Abel, the rupee’s exchange rate will not begin to appreciate until the foreign exchange market has cleared, leading to a short-term rise in the cost of living.

If the exchange rate and its knock-on inflation rates do not level out, the Central Bank itself will be forced to intervene to prevent itself from being affected negatively.

“Then Central Bank has the mandate within its policy on foreign exchange to have an intervention in the foreign exchange market,” she said, adding that the bank would not intervene directly with its reserves unless there was clear evidence that the rupee was not recovering despite tighter monetary policy.