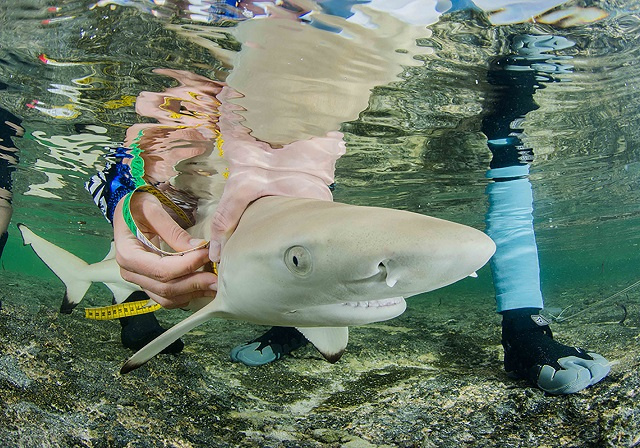 (Seychelles News Agency) - The Save Our Seas Foundation (SOSF) is inviting young Seychellois professionals with a passion for conservation to apply for grants meant to support early-career scientists, conservationists and educators who have original and innovative projects.

“It represents a unique opportunity for these early-career professionals to make their first mark in the realm of marine conservation and is designed to provide funding for short-term projects running for 12 to 18 months that target a clearly defined question or conservation issue,” a press release from the foundation said.

The Save Our Seas Foundation is one of the oldest funding bodies dedicated to shark and ray conservation, and their small grants are specifically designed to support and encourage emerging researchers and educators, investing in the next generation.

According to the release, “applicants must be early in their career - within five years of a degree, and have a discrete, short term project.”

A researcher, Sheril De Comarmond, told SNA on Wednesday that such grants are much needed as she feels research on sharks and rays is much needed for accurate facts on these species.

“For instance, we lack information on the population of rays and sharks, their biodiversity as well as their breeding and feeding patterns. Once these data are received then informed decisions can be made with regards to these species,” said the young researcher.

De Comarmond added that there is a serious lack of information on the rays and sharks, which often leads to misconceptions and negative views, especially on sharks.

For almost 20 years, the foundation has supported marine research and education projects around the world that specifically seek to tackle threats faced by sharks and rays.

To date, it has supported almost 400 projects in more than 80 countries and is now looking for new applicants to their Small Grant programme for projects that will take place in 2022.

In Seychelles, the foundation is administering the D'Arros Research Centre on the D’Arros group of islands in the outer islands of the Seychelles archipelago in the western Indian Ocean. The centre is part of the Save Our Seas Foundation's bigger mission to safeguard sharks and rays through research and communication.

The group became an officially protected nature reserve under the Nature Parks and Conservancy Act in July 2014. In March 2020, the ecological value of the atoll was recognised by Seychelles' government, which declared it as a Marine Protected Area within the nation's larger Marine Spatial Plan Initiative.

The ecology of the atoll is largely sculpted by the rising and falling of the tides. This is particularly true for adult sharks, which swim onto the sandy flats as they become flooded at high tide to hunt and seek shelter. The sharks then return to the deeper waters of the lagoon when the tide retreats.

The small grants application process is open until June 30. An application can be made online through https://saveourseas.com/update/welcome-to-the-seychelles

Research » Be a reporter: Write and send your article » Subscribe for news alert
Tags: Small Grant programme, Save our Seas Foundation, Nature Parks and Conservancy Act