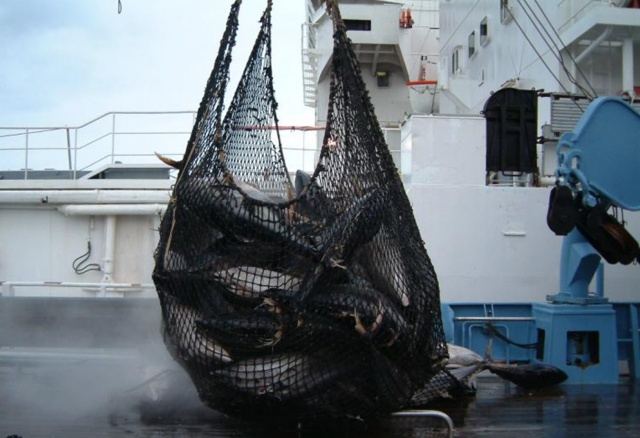 (Seychelles News Agency) - The International Monetary Fund’s (IMF) Mission Chief for Seychelles, Marshall Mills has said that although the island nation’s government remains on track to meet its key objective of reducing public debt to below 50 percent of Gross Domestic Product (GDP) by 2018, the balance of payments have been less favourable than expected this year.

Mills was speaking at a press conference yesterday afternoon at the island nations’ Central Bank building in the capital of Victoria together with the archipelago’s Minister for Finance, Trade and Investment Pierre Laporte and the Central Bank (CBS) Governor Caroline Abel.

This was at the end of the IMF mission’s visit to the island nation’s capital of Victoria to assess the country’s performance under the first review of the 2014 Extended Fund Facility (EFF) Arrangement with Seychelles.

In June this year, the Executive Board of the IMF approved a three year $ 17.6 million arrangement under a new Extended Fund Facility programme for the Indian Ocean archipelago.

Seychelles began its first economic reform programme with the IMF in October 2008 after the small island developing state plunged into economic crisis after the global economic crisis led it to default on mounting external debt repayments. The programme was completed in December 2013.

“Tourism revenues and tuna exports are weak, after exceptionally good results last year. Growth will also slow this year to a projected 2.8 percent, compared to 5.3 percent in 2013. At the same time, domestic demand and imports have grown strongly, following a 13-percent boost in earnings and 16-percent growth in credit to the private sector. The combination of weak export earnings and rising imports has led to pressure on the balance of payments,” said Mills told journalists.

He attributed weakness in the tourism sector to changes in flight connections or loss in some connections over the past 12 months and also weakness in Europe in some of the main tourism markets specifically France and Italy.

The IMF Mission Chief noted that growth can be increased with better air access to boost visitor arrivals, a recovery in tuna exports and diversifying into other sectors, which he said allow the economy to recover slightly in 2015.

Mills also welcomed measures being taken by the authorities to reduce pressure on demand for foreign currency.

In August the Central Bank decided to raise interest offered to the commercial banks on 7-day deposits from 0.35 percent to 1.5 percent in a bid to mop up liquidity.

Yesterday, Governor Caroline Abel announced that the institution would be tightening monetary policy further in an attempt to keep the exchange rate stable and battle rising inflation.

“The authorities have the tools and determination to manage these short-term pressures. Monetary and fiscal policies are being tightened, with lower reserve money targets and higher primary surplus targets than envisaged in the program. Exchange rate flexibility is also a vital adjustment mechanism.”

Mills said the IMF mission staff were confident that the authorities’ policy plans were appropriate to address the current pressures.

IMF is predicting that the different measures will help the economy to recover slightly in 2015.

“With these policy adjustments and a gradual recovery in tourism and tuna exports, growth is expected to recover slightly in 2015 to 3.0 percent. Fiscal policy will remain on track to meet the debt reduction target, while monetary policy is expected to steer inflation back to low single digits by the end of 2015, despite pressures from depreciation. International reserves are expected to remain stable in 2015, with adequate import coverage, according to staff assessments.In addition, it is important that wage levels stay compatible with preserving the gains in macroeconomic stability and ensuring international competitiveness,” said Mills.

On the issue of parastatal companies, Mills said the IMF had encouraged the government to increase its oversight on the sector.

“Staff highlighted the risks that public enterprises can pose to the public finances and development of the private sector and stressed the importance of pursuing plans to strengthen their oversight and governance, while enlarging the private sector’s role in the economy.”

Laporte said at the press conference that to encourage greater transparency in government spending, all government contracts higher than $755 thousand will from now on be scrutinized by a procurement committee.

The Finance Minister also confirmed that the privatization of the Seychelles Commercial Bank (formerly Seychelles Savings Bank) should be completed by December with the sale of the remaining shares.