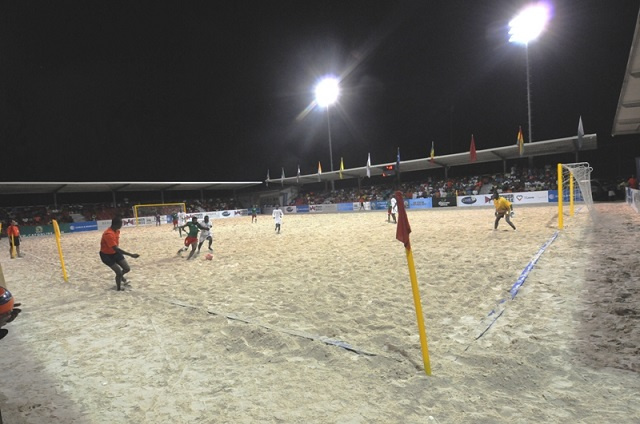 Seychelles has qualified for the second time for the final stage of the Africa Cup of Nations (AFCON) beach soccer competition in Senegal in May after Madagascar pulled out. (Seychelles Nation)

(Seychelles News Agency) - Seychelles has qualified for the second time for the final stage of the Africa Cup of Nations (AFCON) beach soccer competition in Senegal in May after Madagascar pulled out.

The Seychelles Pirates were to play twice against Madagascar, May 1 and 8, and the winner was to be the eighth participating team in the final stage. The cancellation of these two matches brought the qualifying round to a close and propelled Seychelles directly into the finals in Senegal.

This will be Seychelles' second participation in the final stage of the Beach Soccer Africa Cup of Nations after it qualified automatically in the very first edition that the archipelago hosted in 2015. The Pirates intend to make a better impression during this edition.

The secretary general of the Seychelles Football Federation, George Bibi, told SNA that "we are very happy and we are going to use this opportunity to showcase our talents in beach soccer. Reaching the final stage is already a result."

The team from Seychelles, an archipelago in the western Indian Ocean, has already started training.

"The team is training six days a week and now that Madagascar has withdrawn from the competition and we've received the official confirmation from CAF (Confederation of African Football) we have intensified our training because it is going to be tough in Senegal. We have to be well prepared for this tournament," said Bibi.

The draw for the final group stage of the competition, which will take place from May 23 to 30, was done on Thursday, and Seychelles has been drawn in Group B with Egypt, Mozambique and Morocco.

The first match for the Seychelles Pirates will be against Morocco.

In group A are Senegal, the reigning champion, the Democratic Republic of Congo, Tanzania and Uganda.

Bibi said that as part of the preparation of the team, the Federation is looking into the possibility of going on a training camp in Dubai "so that we can have at least two friendly matches before we go to Senegal. We want to do this in the week of 15th May and then we will go straight on to Senegal."

The Seychelles Pirates team is being led by Coach Don Anacoura, assisted by Alpha Balde and Allen Larue as first and second assistant coaches.

It was only in 2013 that Seychelles launched its first beach football league and to date several teams are actively trying to develop the sport.

Sport » Be a reporter: Write and send your article » Subscribe for news alert
Tags: Africa Cup of Nations