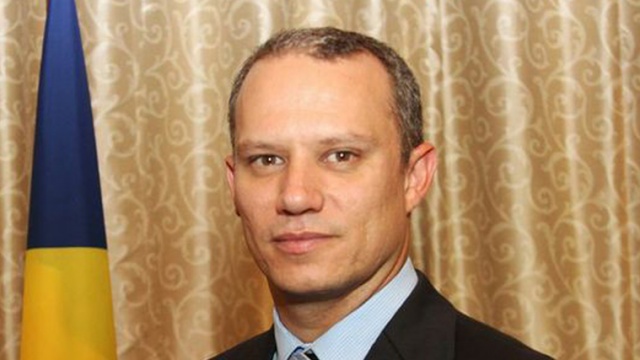 (Seychelles News Agency) - The Seychelles Minister of Foreign Affairs, Jean-Paul Adam, has said that sustainable ocean management can be used as a practical solution to foster cooperation between developing countries in the southern hemisphere.

Speaking at the 38th annual ministerial meeting of the G77 plus China, said that the ‘blue economy’ model, of which Seychelles, an archipelago of 115 islands off the eastern coast of Africa, is an active advocate, can go a long way towards realizing the development goals of developing states.

The G77 is a loosely-formed coalition of developing nations specifically aligned to negotiate for its members' collective economic and developmental interests.

“The blue economy provides a blank canvas to many developing countries to charter a completely new sustainable development pathway that is to their best interest,” said Adam.

According to a press statement issued by the Ministry of Foreign Affairs this morning, the Minister called on nations in the southern hemisphere to assist each other with scientific and technical assistance to harness the full potential of blue economy sectors such as fisheries, shipping, energy, tourism and carbon trading.

Having already achieved the majority of the Millennium Development Goals (MDGs) set by United Nations member states in 2001, Seychelles is pushing hard for the adoption of Blue Economy principles in the new post-2015 UN development agenda.

Adam warned that the onus was on each member state to fulfill its obligations in respect of the goals and to ensure that people were protected and placed at the centre of nation’s development targets.

He also advocated better financial resources and assistance for developing nations, debt relief and restructuring as well as the more equal participation of developing countries in the world’s economic governance.

Speaking on the challenges developing nations, particularly small island developing states (SIDS) faced, Adam asked the G77 plus China to demand a legally binding document tackling climate change at the upcoming COP21 meeting in Paris at the end of next year.

In the margins of the G77 meeting, Adam held a bilateral meeting with his Fijian counterpart, Ratu Inoke Kubuabola, where the Seychelles Foreign Minister congratulated Fiji on the conclusion of its first successful democratic election since a coup d’état took place in 2006.

According to Fijian publication Islands Business, the ministers have agreed to engage 44 Fijian teachers to work in Seychelles and cooperate in the fisheries sector.

Both countries are members of the Alliance of Small Island States (AOSIS) and have pledged to strengthen their bilateral ties on other areas of cooperation.