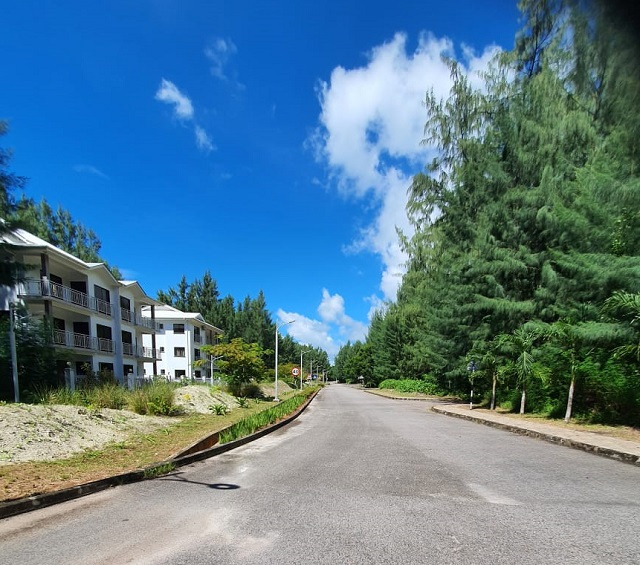 There were 60 available plots of land for sale on Ile Solei in the eastern district of Anse Aux Pins. (Daniel Laurence, Seychelles News Agency)

(Seychelles News Agency) - Seventy-five percent of development on Seychelles' man-made island of Ile Solei is expected to be completed by the end of the year, said a top official.

The managing director of the 2020 Development Company, Sabrina Agathine, told SNA recently that although construction of some residential buildings has been completed, development on land allocated for commercial use has not yet started.

There were 60 available plots of land for sale on Ile Solei in the eastern district of Anse Aux Pins for the construction of simplex houses for single families, duplexes for two families, condominiums and commercial purposes.

"In terms of residential, there are a lot of simplex houses which have been developed. Four houses have been 100 percent completed. There are four and six unit condominiums that have been completed," said Agathine.

"There are seven plots of land which has been allocated and acquired for commercials use, but unfortunately none of these investors have break grounds to develop their buildings," she added.

One of the main projects under commercials is the building of a hotel and Agathine said that the developers are just waiting for planning approval to start.

"Perhaps a lot of people would have already started their development, but with the COVID-19 pandemic banking institutions have pulled back on loaning investors," said Agathine.

As for developers who are still unable to develop their land, the managing director said that "we provided the option to return the land to government with a full refund. We either put the land back on the market or we re-consult our list of people who had applied previously."

Also expected to be built on the island is a new technical and vocational school supported by a grant from the Chinese government.

"I am aware that a technical team visited the project last year to work on the plan and design. From there I do not know what is happening, but I hope it remains a priority of the government. The same situation applies for the development of the hospital which is also encountering delays for one reason or another," said Agathine.

Plots of land were sold to developers at a value of SCR160 million ($9.7 million) and part of the revenue has been used for infrastructural development.