Parking ticket, seatbelt fine to increase dramatically in Seychelles for first time since 1996 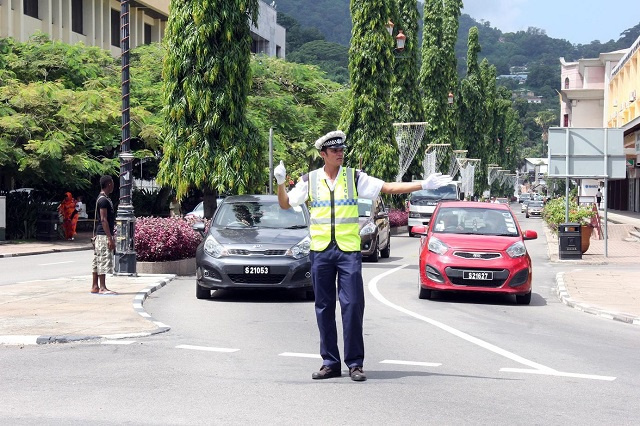 Several amendments have been proposed in the regulations to lower minor traffic offences. (Patrick Joubert)

(Seychelles News Agency) - A parking ticket or seatbelt fine is about to become a lot more expensive in Seychelles.

Officials in the island nation are seeking to lower the number of minor traffic offences by increasing penalties for the first time in 25 years -- as much as 10-fold, a government official said on Monday.

Spot fines are issued for such things as when a person illegally parks or fails to wear a seat belt.

The principal secretary at the Department of Land Transport, Patrick Andre, told a press conference that there was a need to revise the decree and regulations as "we have seen that with normal enforcement, people are continuously breaking the law."

The spot fines which are presently regulated by the Minor Offences (Fixed Penalties) Decree was last revised in 1996 and no longer act as a deterrent to traffic violators.

"The number of cases where we are issuing fixed penalties are on the increase rather than on the decrease. The aim is not for the government to collect more money, but to act as a deterrent for those who continuously break regulations," said Andre.

Several amendments have been proposed in the regulations including the introduction of a penalty for vehicles with default plate numbers and an increase in the appropriate period to pay a fixed penalty from three days to 14 days.

"We have received a lot of complaints from the public that the three days that we give for them to pay a fixed penalty is not enough, and as such we have seen the necessity to increase this period to 14 days. After that period of time, if a person has not paid their penalty, we need to send a notice to the owner of the vehicle, and we had 14 days to do this. We are now increasing that timeframe to 30 days," said Andre.

He also added that "when we are doing an investigation on a non-payment case, we had three months to bring a case to court and since we are extending the other timeframes, we find it necessary to extend this timeframe to six months."

The Cabinet was also briefed on the proposal to introduce a Driver Improvement Point System which will deter drivers from violating traffic laws. This system will involve allocating each driver with a number of merit points on their licence, with points being deducted in instances of violations of the law.

Cabinet has welcomed the proposal, however, has requested that further consultations be done to clarify the manner in which the system will be implemented.