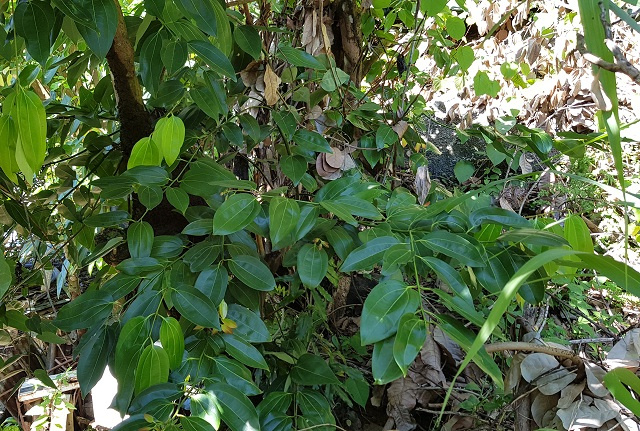 The Minister said the government has seen that cinnamon is one of the resources which is in abundance. (Betymie Bonnelame/Seychelles News Agency)

(Seychelles News Agency) - The government of Seychelles has started a programme to diversify its economy by exploiting its natural resources for exportation as value-added products. The first step in the programme is the revival of the cinnamon industry as a new source of income for the country, a top government official said on Tuesday.

The Minister for Investment, Entrepreneurship and Industries told a press conference that one of the ministry's strategic objectives is "to increase the country's revenue through increasing local production for exportation, reducing importation and reducing dependence on tourism."

Vidot explained that the government is facilitating the revival of the industry by firstly making available land for potential Seychellois investors to harvest cinnamon. These are areas within national parks as well as state-owned land which has not been cleared yet. Private landowners who have not developed their properties are also been encouraged to consider this venture.

Vidot stressed that only value-added products like essential oil or essence of cinnamon which will be exported as same are being highly sought out on the international market.

According to the Principal Secretary for Investment, Michael Nalletamby, market research was done to find out what is the potential market for cinnamon products from Seychelles.

"We did some global research where we have identified markets such as America, India, Germany, Pakistan and they as big markets are looking for both the barks and essential oil," said Nalletamby.

He added that there is also the possibility of exporting through regional organisations such as the Common Market for Eastern and Southern Africa (COMESA) and the Southern African Development Community (SADC).

According to the minister, the superiority in the quality of the island nation's cinnamon is what will set apart cinnamon products from Seychelles from other competitors – such as Sri Lanka and Madagascar - on the international market.

Seychelles – 115 islands in the western Indian Ocean - has a long history with cinnamon and the plantation industry, which was once the pillar and backbone of its economy. It was first introduced on the islands in 1772 by the order of Pierre Poivre -- a French naturalist who was the administrator of Mauritius and Reunion.

With the opening of the Seychelles International Airport in 1971 and a new focus on tourism, followed by the clearance of land for housing, the plantation industry lost its importance and started to dwindle in the early 1980s.

To date, only a handful of people are still involved with the industry but now this is expected to change with the government being a facilitator in the industry reserved only for Seychellois nationals. Though for now more attention is being put on reviving the industry on the main island, the ministry will in the future see where on the other islands that cinnamon can be exploited.

New justice from Botswana sworn in to Seychelles' Court of Appeal