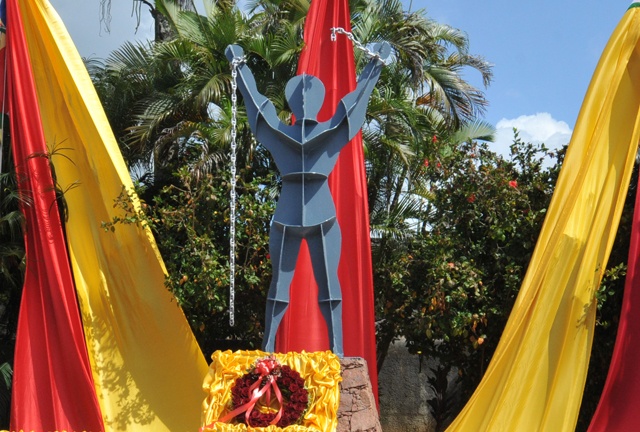 (Seychelles News Agency) - Strong and mixed reactions in the Seychelles islands this week to an announcement by the government on Monday that a divisive Liberation monument will be relocated from a central public area of the capital Victoria to the ruling party Parti Lepep’s premises 150 metres away.

On Monday, the Seychelles President James Michel's office announced the relocation of the monument, stating ""As Zonm Lib is relocated to its new home, work will commence on a new project on 5th June Avenue, dedicated to national unity, details of which will be announced later."

The statue of a man breaking free of chains, installed in 1978, marks the country’s struggle for independence on 'Liberation Day' of June 5 1977 which saw the removal from power of the archipelago’s first president, James Mancham, in coup that installed his prime minister, France Albert Rene as head of state.

Rene introduced a socialist one-party state, and then a multi-party system in 1992, following which he stood for three elections, winning each presidential poll with a large majority until he stepped down in 2004. 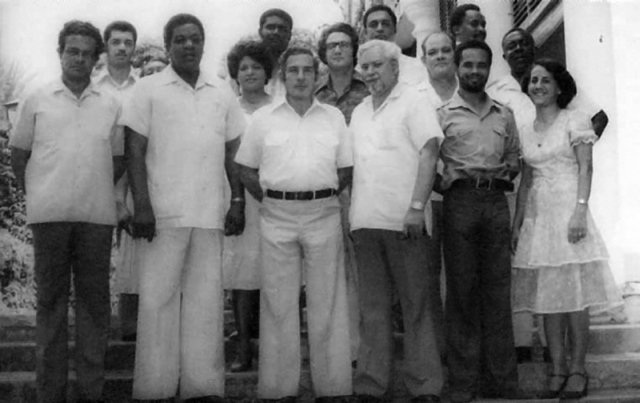 National archives show three people died during the events of June 5, 1977; Francis Rachel, and Berard Janie and Son Chang-Him. Rachel was part of the coup operation, while the latter two were not and for this reason opposition activists argue it is a symbol of division in the history of the country, as those who opposed the coup lament their deaths.

They decry an annual June 5 ceremony on Liberation Day, which has since 1978 been a public holiday, when the ruling Parti Lepep (PL) leaders and youth lay wreaths in honour of Francis Rachel and all those who took part in the liberation movement.

Opposition divided in its reactions

Among those who welcomed the relocation of the Zonm Lib monument was the leader of the opposition in the National Assembly, heading the Popular Democratic Movement party, David Pierre who said the monument represented division rather than unity, adding that while some people celebrated on June 5, others grieved.

"Moving the monument is an important gesture in the bid towards national reconciliation," he said, calling for an end to the marking of June 5 as a national holiday.

In a joint statement two other opposition party leaders, Seychelles National Party's Wavel Ramkalawan and Seselwa United Party's Ralph Volcere said moving the Zonm Lib to PL headquarters shows ‘what was considered a national monument all these years was simply a (political) party monument imposed on the people of Seychelles’.

They said the nature of the proposed replacement – a ‘national unity’ monument -- should be widely discussed before it is erected, and they called for a commission to be created to establish the truth of what happened 37 years ago, which would seek reconciliation and national unity.

Ramkalawan's father had built the Liberation monument in 1978.

Opinions in the streets are equally divided, with some expressing shock and saying the monument should have been left where it was, others saying removal pacifies those ‘offended’ to see it while others said it should have been at the party headquarters in the first place.

‘That thing should have been destroyed -- not even moved -- to stop annoying those who do not like it, but moving it away is probably also a good idea,’ said young fisherman Daniel Hoareau as he displayed his catch of the day for sale on a temporary table under the shade of a casuarinas tree at Roche Caiman, three kilometres south of capital Victoria.

"Moving it from its original site makes it lose value. It should have been left there," said mason Philip Uranie, pausing to talk to SNA journalist as he cut reinforcement steel bars at Anse aux Pins, in the south of Mahe. The owner of a hardware shop nearby and some of her customers said ‘monuments should neither be moved nor destroyed since it is by them you that identify a place’. 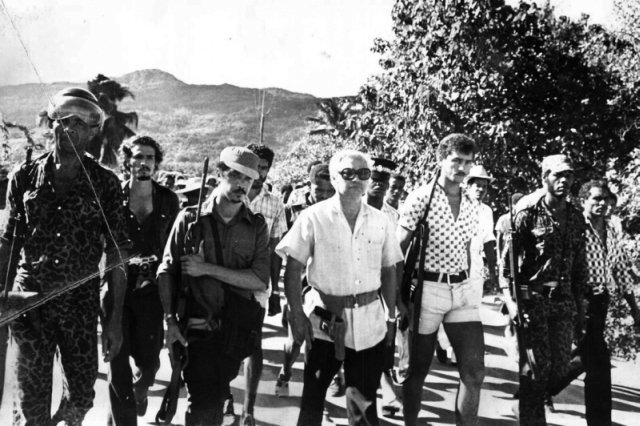 ‘It is part of our history whether some of us like it or not,’ said Pauline Ferrari to SNA in an email from Paris. Ferrari designed the monument when she was 16 years old, at the time that her father Dr Maxime Ferrari, had taken part in the coup together with James Michel, who is today the Seychelles' president.

Michel said in his party’s newspaper The People this morning, that he has always spoken against ‘the political polarisation of the country’, which he said impedes national unity.

"We need to move away from this state of polarisation and work towards strengthening the spirit of national unity, harmony, tolerance and inclusiveness in Seychelles.

He said PL (originally Seychelles People’s United Party) will be marking its 50th anniversary in June this year ‘and what better way to mark this historic event, honour our past, and our party, and recognise our history, without creating divisions?’

Mancham says maybe there is justification to keep the monument

Former President Mancham wrote a letter to a local daily newspaper Today in Seychelles on the weekend, which was printed on Monday, stating; "If this sad and dramatic period in our history is to remain vivid in our memory, there may be a justification to keep Zonm Lib standing where it is, as it is, and maybe we could then agree to call the place where it stands “La place de la reconciliation nationale [national reconciliation square]”.

"Certainly, Zonm Lib with the reputation he enjoys nationally today cannot justify a frontline position in the enlightened and reconciled Seychelles which President Michel says he is anxious to bring about."

Deposed in 1977, Sir James Mancham returned to Seychelles in April 1992, returning to politics. In 2005 he stepped down as leader of the Democratic Party, and has since become a leading advocate for peace and reconciliation at international conferences.

Mancham, Michel and Rene were seen last year together at Rene's 78th birthday party, and Mancham has frequently met with Michel to discuss issues of national unity and development. 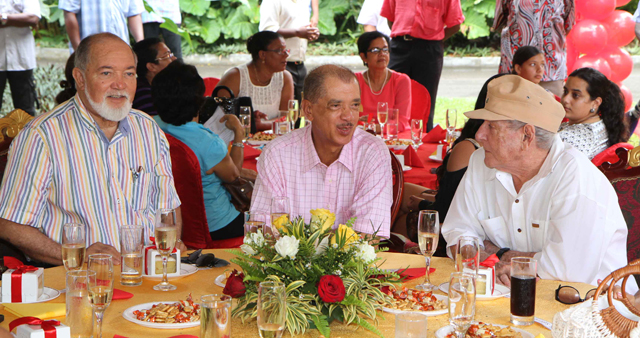 SNA received confirmation from the Office of the President that the relocation of the monument was approved by the Seychelles National Monuments Board.