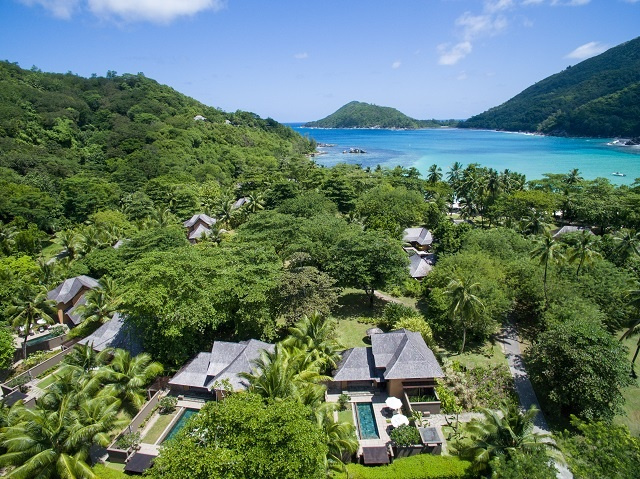 (Seychelles News Agency) - The Ministry of Employment has confirmed the approval of Gainful Occupation Permits (GOP) for 82 Mauritians to work in two hotels in the Constance group in Seychelles.

The director general for Labour Migration, Benilda Cupidon, told a news conference Friday that the Constance group made an application for 112 vacancies, but after reviewing their position, they recruited 82 workers instead.

She said that out of the 82 workers, 51 will work for Constance Ephelia, located on the western side of the main island of Mahe, and 31 at Constance Lemuria on Praslin, the second-most populated island of Seychelles.

Cupidon said that "with the recent economic development, some companies are seeing the necessity to react very fast. In the case of Constance group, they have approached the Ministry with their concerns that they have the number of clients, but insufficient workers."

She echoed what the General Manager of Constance Ephelia, Stephane Duchenne, told the Seychelles Broadcasting Corporation (SBC) on Thursday.

"The question is not what qualities Seychellois or Mauritians have, but rather to quickly find a certain number of workers to help the establishment immediately. This is why we went forward with this special request. This does not mean that we are stopping our recruitment rather the opposite, our recruitment campaign continues," Duchenne said.

Cupidon stressed that issuing GOP is not taken lightly by the ministry and that "a company must justify its reasons for applying before approval is given. In this case, before approving, we have taken into account that it will be only for two months and also given the fact that these employees are still employed in Mauritius with other Constance group hotels and they will need to return. However the objective principle is that these permanent vacancies are put available to Seychellois workers later on."

Duchenne told SBC that the workers will be with the hotel for two months "as this will give the establishment sufficient time to recruit the necessary number of workers. Another thing is that right now hotels in Mauritius are closed but soon they will reopen and the workers will have to go back."

The arrival of the Mauritian workers on Wednesday comes at a time where many Seychellois are still seeking employment.

According to the ministry of employment, from their last survey, until May 14 there were 742 active registered jobseekers in the Seychelles, a group of 11 islands in the western Indian Ocean.

The director general said that "we have seen that with the campaigns and work that we are doing to help the private sector, the numbers of job seekers are gradually going down."

She said that the ministry has received applications for 3,000 vacancies from various sectors, but the majority comes from construction, tourism and other industries like manufacturing.

"This is because there are jobs with specific skill sets and these workers are not readily available in the local labour market," said Cupidon.

There are approximately 20,000 foreigners working in Seychelles according to the Employment Department.