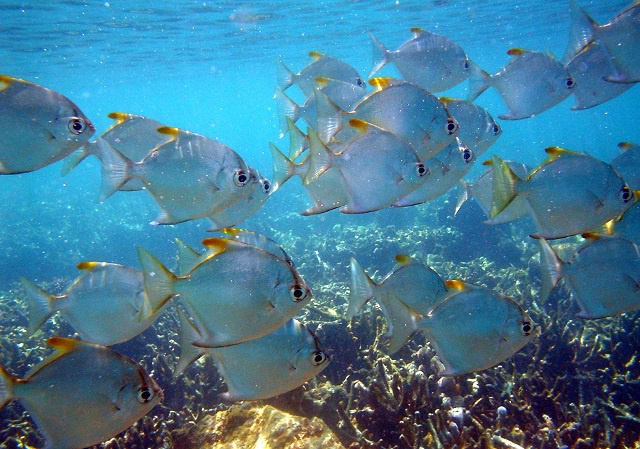 Special mention is made of Shah who is the immediate former WIOMSA President. For the last four years Shah has been presiding over the WIOMSA Board which is a rare feat for Indian Ocean island nations as in the last two decades of WIOMSA’s existence the association’s presidency was traditionally dominated by Kenyan and Tanzanian nationals.

Shah, well known in Seychelles through the conservation work of Nature Seychelles which he heads became the first president of WIOMSA hailing from the island states.  WIOMSA whose headquarters is in Zanzibar is the largest home-grown regional professional marine and coastal science non-governmental organisation covering Southern and Eastern Africa together with the Western Indian Ocean islands.

It is a membership-based organisation drawing members from Seychelles, Comoros, Mauritius, Reunion, Madagascar, South Africa, Mozambique, Tanzania, Kenya and Somalia. Made up of marine scientists, coastal practitioners and institutions involved in marine science research and development WIOMSA boasts of 50 institutional members and close to 1000 individual members.

The Seychellois scientist has been described as “resourceful” and of “sharp intellect” by his peers at the organisation. Dr. Jacqueline Uku, who hails from Kenya, is succeeding Shah at the helm of WIOMSA. She is a senior research scientist at the Mombasa-based Kenya Marine and Fisheries Research Institute (KMFRI) with a background in ecology and physiology of marine flora and pays glowing tribute at Shah’s tenure.

“It is a challenge taking on the Presidency after Nirmal Shah as he is a tough act to follow.” Dr. Uku writes in the report. “He was a decisive and resourceful leader of the Board, with a sharp intellect and clever wit and he will be remembered for the tenacity he brought to all endeavours, his strong support of WIOMSA’s collaborative culture and his vision for the Association and the region as a whole.”

Just like its name suggests, WIOMSA ideals are pegged on “promoting the educational, scientific and technological development of all aspects of marine sciences with a view toward sustaining the use and conservation of its marine resources.”  WIOMSA’s work involves rolling out numerous programs including research grants, training and skills enhancement programs and running multiple communications platforms which include a marine scientific journal, technical ocean science books, and general readership magazines among others related endeavours.

Through its Marine Science for Management (MASMA), the promotion of marine science and the enhancement of skills among coastal managers in the region ranks high in WIOMSA’s agenda. It is on the fulfilment of this agenda that the intervention of Shah is acknowledged by his colleagues.

Long serving WIOMSA’s Executive Secretary, Dr. Julius Francis has high praise for Shah confessing of the Seychellois’ dedication to the regional body and the general welfare of marine professionals in the western Indian Ocean.

“We are particularly indebted to Nirmal Shah as president who has been with WIOMSA from the very beginning and has served as the longest WIOMSA Board Member.” Dr Francis, who is himself a well-known oceanographer and previously served as the director of Tanzania’s Institute of Marine Sciences based in Zanzibar says. “As the President of the Board, he (Shah) dedicated himself to the improvement of the association and went beyond serving on the board often at personal expense with amongst other countless endeavors serving as the Editor of the WIOMSA Magazine. He has led the Board with utmost professionalism and his exemplary service brought honour and recognition to every WIOMSA member and to marine science wherever he engaged in the business of the association.”

The 64-page annual report is a showcase of the direction that WIOMSA is taking and places much credit to the role played by Shah in giving the association a new impetus.

“When I reflect on my Presidency, the term game-changing comes to mind as there have been monumental and significant shifts for the Association,” Shah says.

WIOMSA has accomplished much over the past four years under Shah’s presidency including going into what Dr Francis describes as “completely new territories” with the WIOMSA Trust Fund, the introduction of institutional membership, the new MASMA program and its proof of concept approach, establishment of a consulting function, and larger institutional grant schemes.

In an interview with SNA Shah says he believes that the structures he put in place not only as president but over the last 15 years as an elected member of four WIOMSA boards will greatly help scientists from the island states to venture into marine science scholarship.

“I would like my success in the region to inspire young Seychellois scientists......If the future of Seychelles is the ‘Blue Economy’ then we definitely need science to underpin it.”