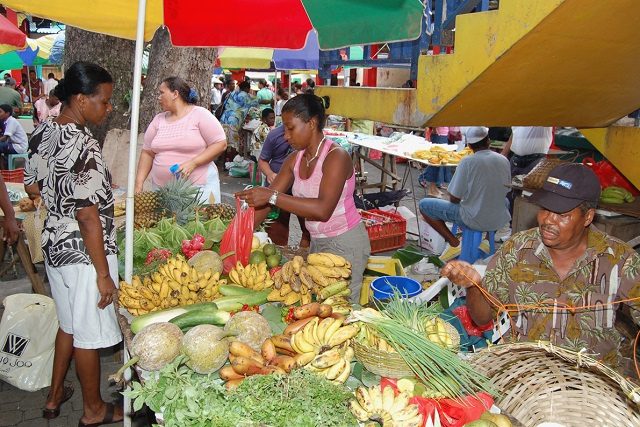 According to the consumer index figures released by NBS in May this year, the highest increase recorded was in meat at 30.13 percent. (Joe Laurence, Seychelles News Agency)

(Seychelles News Agency) - The price of food in Seychelles has risen 19 percent, while non-food commodities are up 10.5 percent in the figures released in May 2021 compared to a year ago.

The governor of the Central Bank, Caroline Abel, told a press conference on Wednesday that although most of the commodities are imported there is also local dynamics and foreign exchange is one of them.

"For most food commodities, the increase is above 20 percent according to the May figures released by the National Bureau of Statistics. For non-food commodities we see that prices are going higher every month and this is a concern for us in terms of individual's ability to purchase every month," said Abel.

According to the consumer index figures released by the National Bureau of Statistics in May this year, the highest increase recorded when compared to the same period last year was in meat at 30.13 percent.

Abel said that the international factors affecting prices are interruptions in production as the COVID-19 pandemic is still here.

"There are places that are being affected when workers cannot perform and also shipping lines are taking more time at sea because of interruptions when moving from one place to another. Since production has not gone back to how it was before the pandemic some countries are cutting back on the exportation of commodities because they need it for their own consumption," added Abel.

She said that the Central Bank has observed that there currently is more demand than supply of forex since April and that "this is related to the forex rate. It is cheaper today to buy a dollar. Like we keep saying it is important since the economy has not reached its maximum level that the dynamics between supply and demand are in balance for us to have a stable exchange rate."

On the plus side, Abel said that with the reopening of Seychelles to relaunch the tourism industry in March, CBS is seeing an increase in revenue.

"According to the latest information in May, we have observed there is an increase in the number of tourists coming to Seychelles and this means that the revenue we are getting from this sector has increased. In May it was $27.5 million and in April it was $24.6 million compared to the first months of this year where we had less than $8.9 million in March," said Abel.

Tourism is the top economic contributor of Seychelles, an archipelago in the western Indian Ocean, followed by fisheries.

The governor said that there has been an increase in the production of canned tuna which is an important component in foreign exchange earnings.

She said that more canned tuna was produced and exported in the first quarter of this year than in the same period last year.

Meanwhile, Abel said that CBS participated in a general assembly of the Bank of International Settlement, an institution that brings together all central banks, on Tuesday.

"All central banks have received guidance that we all need to ensure that our financial system remains stable. We also have to ensure that there are mechanisms in place that identifies stress elements which will not be good for the economy," she added.

Finance » Be a reporter: Write and send your article » Subscribe for news alert
Tags: National Bureau of Statistics, COVID-19 pandemic