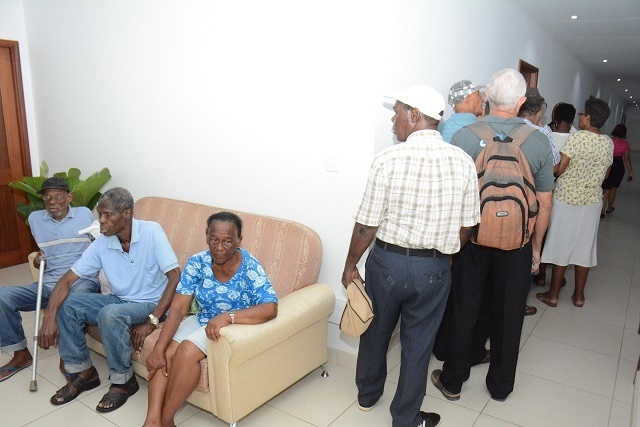 The life expectancy for both males and females stands at an average of 77 years. (Seychelles News Agency)

(Seychelles News Agency) - Working citizens of Seychelles might have to contribute more to their retirement fund and retire at a later age as the Seychelles Pension Fund looks at new measures to deal with the rise in life expectancy in the island nation.

The Midyear Population Bulletin of 2020 published by the National Bureau of Statistics (NBS) showed that 11 percent of Seychelles' population is 65 years and above.

The life expectancy for both males and females stands at an average of 77 years, the highest that Seychelles, an archipelago in the western Indian Ocean, has ever recorded. Life expectancy for males is 73 years, while it's 82 years for females.

The head of corporate communication of the Seychelles Pension Fund (SPF), Darell Bristol, told SNA that according to the United Nation, a country has an aging population if its population of 65 and above is more than 7 percent of its total population.

"Consequently, the contribution collected will no longer be sufficient to sustain the pension of the increasing number of retirees. As a result, over time this will have a huge financial impact on SPF. If no action is taken, it will threaten the sustainability of SPF," continued Bristol.

At the moment, Seychellois workers are contributing three percent of their salaries to the Seychelles Pension Fund, and the same is contributed by their employers. A self-employed citizen pays both, which amounts to six percent.

The retirement pension is a guaranteed pension that is available for life for all members and the legal retirement age is 63 years while collecting one’s pension is from 60 years old.

Through its periodic actuarial evaluation, undertaken every three years, the Seychelles Pension Fund has a set of recommendations that needs to be implemented to counter the effect of its increased liabilities.

"Some main measures that are being taken to counter the effect of increased life expectancy is to increase contribution rate as prescribed by the actuary and to increase the retirement age. Through these measures, in collaboration with the government, these risks are mitigated, monitored and reviewed so that SPF remains sustainable in the long run," said Bristol.

According to the statistics bureau, on December 31 last year, the population of Seychelles stood at 98,963, a population growth of 0.9 percent for the year 2020.