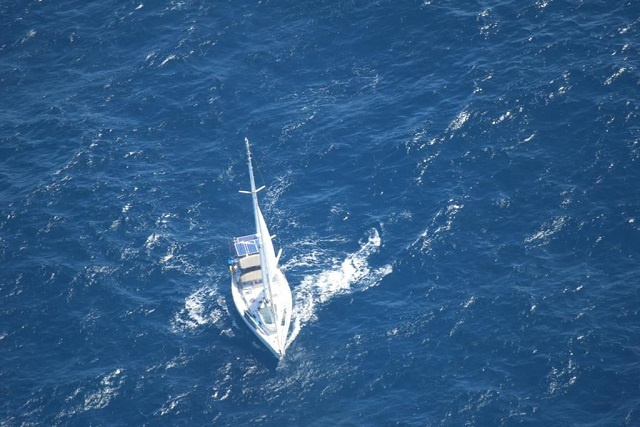 SPDF said that the two elderly Danish nationals, a man and a woman "were sailing to Seychelles from Mayotte Island when the lady was badly injured with trauma to her ribs causing difficulty in breathing and other complications."

The SPDF said Thursday that the woman is in stable condition.

"After receiving the distress call from the skipper, the Seychelles Coast Guard deployed Patrol Ship Etoile to carry out the medical evacuation. The Seychelles Air Force also assisted in locating the sailing yacht and vectoring the patrol ship to her precise location some 50 nautical miles South-west of Mahe," the SPDF said in a statement on Wednesday.

Seychelles, an archipelago in the western Indian Ocean, is in its southeast monsoon which lasts from May to October. Although it is a relatively dry period the sea during that time can be choppy.

SPDF said that "despite adverse weather conditions the determined crew of PS Etoile managed to successfully extract the incapacitated lady from the yacht and safely handed her over to medical teams on shore."