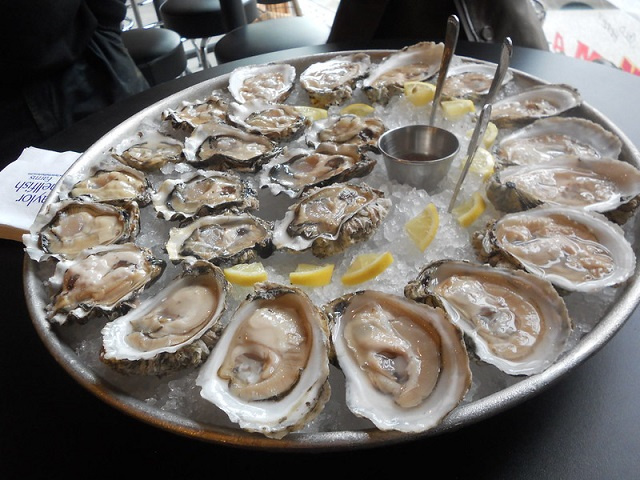 The end product of the rock oyster farm will be made available for local and international consumption. (Jameson Fink, Flickr) Photo License: CC BY S.A 2.0

(Seychelles News Agency) - A Seychellois team is conducting a feasibility study to operate a rock oyster farm with the end product being made available for local and international consumption.

The Rock Oyster team is doing the study through a SCR 1 million Blue Grant Fund from the Seychelles Conservation and Climate Adaptation Trust (SeyCCAT) to determine the economic viability to operate a rock-oyster farm for commercial purposes in the island nation.

While this would not be the first oyster farm to be established in the western Indian Ocean island state, it would be the first time that the oysters would be produced for food rather than for pearls.

A black pearl oyster farm started on Seychelles' Praslin, the second-most populated island, in 1995 has produced black-lipped oyster and winged oyster for the retailed jewellery market.

"We are still in the process of discovering how well the farm will perform, and we do not know yet what we are going to sell apart from the meat to the many five-star tourism establishments found on the island," explained the team's spokesperson, Olivier Levi.

Oyster rock farming involves three stages of which the first is spat -- young oysters -- collection and placement. The spat is later grown to a mature or semi mature stage - depending on the demands of the markets and finally the oysters are matured and fattened.

At the moment the team of six members is still in the stages of finding suitable locations for spat production. Levi explained that the spat will only be those taken from the waters of Seychelles.

"The waters here are clean and there is very little pollution, which is why we expect the product to be of very high quality - and we will try and market it as a high end product," he said.

"We are also in talks with the Island Development Company (IDC) to also determine whether there is a possibility to have the spats on Coetivy Island," he said.

Meanwhile, should the project be successful after two years of running the required tests, Seychelles will be eligible for financial help from the World Bank, as this is part of the initiative to diversify the local economy.

In the meantime, Levi explained that the project is being run on a non-profit basis and once it is proven to be successful and eventually lucrative, the group will hand the project to the government to run it.

The feasibility study was approved with four projects for assistance through the SeyCCAT Blue Grants Fund in May. The Fund offers small grants of SCR100,000, medium grants up to SCR1 million and large grants up to SCR2 million.