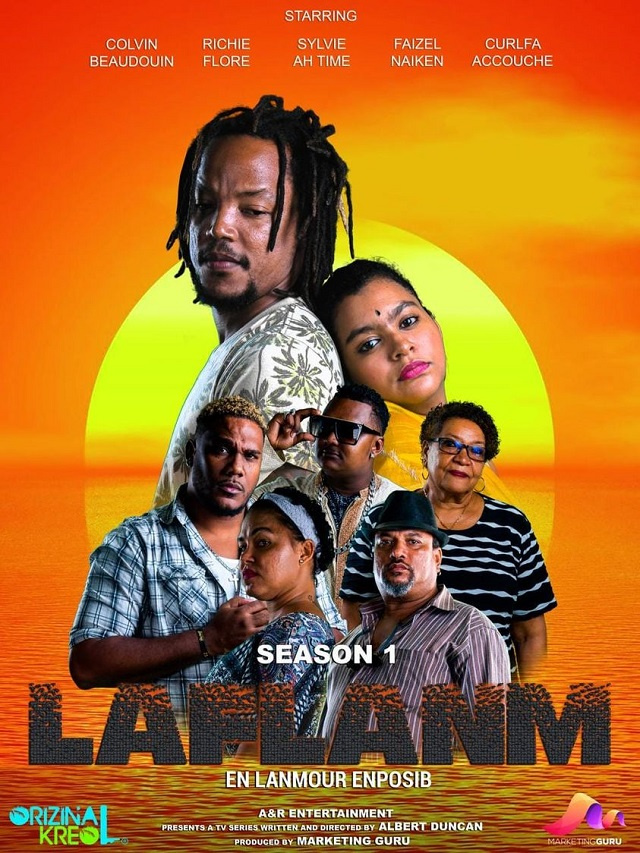 The first season of 'Laflanm' will air exclusively on SBC 1 television channel in July, although a specific date and time have not yet been set. (Albert Duncan)

'Laflanm', which translates to 'Flames' in English, is a classic story of forbidden love between two people from different worlds who must face various adversity in the quest for happiness.

According to the series' writer and director, Albert Duncan, this story explores themes such as prejudice, racism and family secrets that eventually come out.

"We have been shooting this series since April 2020 and obviously, it has not been easy especially due to the challenges of the COVID-19 pandemic, where we often had to reschedule due to our actors falling sick or having to quarantine," said Duncan.

"We have also tried to get a number of new faces who people have not seen in such productions before and we hope that viewers will appreciate the work that these talented people have put into this production," added Duncan.

The first season of 'Laflanm' will air exclusively on SBC 1 television channel in July, although a specific date and time have not yet been set.

The series has been produced by Rico Padayachy, owner of the Marketing Guru, with whom Duncan says he hopes to continue working on similar projects in the future.

This is not the first local film produced by Duncan. He also produced a limited series entitled 'Menas' (menace) in 2014.

He told SNA that SBC's recent plan to outsource production to local talents is a welcome one and will help young aspiring filmmakers to be able to show their talents.

"Film making in Seychelles is very difficult, as it takes a lot of people to work on it, while there are very limited places where it can then be screened," added Duncan.

"Aspiring filmmakers must not be afraid to try, especially if they have a creative mind," he said. "There are many ways to shoot movies nowadays, with all the modern technology available, so as long you have the right idea, do not be afraid to seek help from others and share your creation," he added.