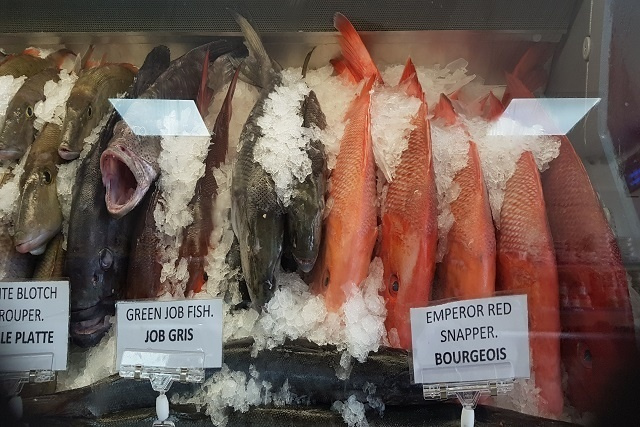 The recognition came after EAST Cargo managed to load 23,008.9kgs of fish outbound to various points in the United States and Europe via Istanbul on June 1. (Salifa Karapetyan, Seychelles News Agency)

The owner of EAST cargo, Carol Nalletamby, told SNA her company will be supporting the export of fish to Ethiopia and Uganda where there are five-star hotels willing to buy the product.

"There are two hotels I am working with specifically. We had previously sent them samples of our products and they said they were satisfied with the quality," she said.

Seychelles, an archipelago in the western Indian Ocean, is currently exporting its fish products, mainly grouper and those that have little demand for Europe and the United States.

Euro African Star Transport (EAST) was founded in 2020 as a company of the Seychelles. Though the company is recent, the team responsible for the company has been working together for many years through EAST sister company Euro Africa which was founded in France and has a history of transport business in East Africa.

​East Cargo Services received extensive media attention when in March 2019, the company chartered airlines with the capacity of carrying up to 35 tonnes of cargo.

Earlier this month, the East Cargo Services was recognised by the local civil aviation authority for lifting out the highest payload from the Seychelles International Airport on a passenger cargo flight. The owner of the company, Carol Nalletamby received a certificate of achievement from Seychelles Civil Aviation Authority.

The recognition came after EAST Cargo managed to load 23,008.9kgs of fish to various points in the United States and Europe via Istanbul on June 1. The cargo load, which was the highest ever lifted out of Seychelles on a passenger cargo flight, was ratified by Air Seychelles Freighter Services at SIA.

The island nation is in the process of revitalising its fisheries industry, the second top contributor to its economy, with the government launching a series of measures to diversify and ensure more value-added fisheries products are exported.

Nalletamby said local fishermen have to go through a fish processor before her company accepts to ship them overseas.

"We make sure that the fish is processed up to international standards before shipping them over, although sometimes there are fish processors that we cannot work with, as they have signed contracts with specific countries," she added.

The services EAST cargo offer is finding the best routes (ship, truck or plane), handling all information requirements, managing the transportation and supervision of the process.