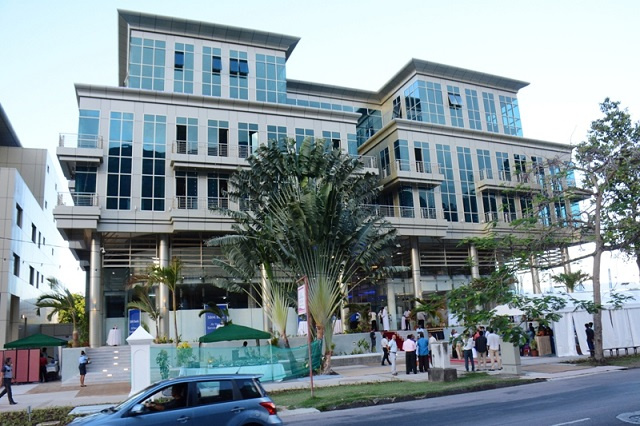 (Seychelles News Agency) - An agreement to cooperate on customs matters signed with the United Arab Emirates (UAE) earlier this month will greatly benefit customs operations in the island nation, a top official said on Friday.

Now officials want a similar deal with Japan, to help smooth the process for importing cars.

The Principal Secretary for Trade, Cillia Mangroo, told a press conference that the July 6 UAE agreement "will help to address various issues, which include speeding up of the procedures needed when dealing with under-invoicing, fraudulence and counterfeit products."

The cooperation will also aid in ensuring accurate assessments and collection of duties and charges on goods traded between the two countries.

"We also have technical assistance under this agreement, which will enable us to be assisted by the UAE as we work on the strategic reforms of customs and the UAE will also assist Seychelles with capacity building of its staff," added Mangroo.

The agreement is the first of its kind signed between Seychelles and any other country and the Principal Secretary said that Seychelles will be looking into forming similar partnerships in the future with countries with which the island nation does a lot of trade.

These include India, South Africa and Japan, the latter with which Seychelles is having a number of difficulties, especially with the importation of cars.

"We have received a lot of complaints recently with regards to people buying cars from Japan, directly from agents or companies of auction houses, which is something we have discouraged in the past," said Mangroo,

"What we are seeing now is a lot of people are losing money because they are being tricked or scammed and they do not get the car that they have paid for and at the end not being able to get their money back," she added.

Seychelles, an archipelago in the western Indian Ocean, has strict regulations for the importation of cars and this includes that the car must be right-hand drive and not older than five years, among others.

When these conditions are not met, the vehicles will be seized by the authority and this has been happening a lot with vehicles imported from Japan as, despite the importers paying for a car that meets these requirements, when it arrives in Seychelles, it is not the case.

"We are advising all Seychellois who want to import their cars from Japan, to consult with the Trade Division before doing so, as we can provide you with a list of approved dealers, to ensure that such situations are not repeated in future," said Mangroo.

General » Be a reporter: Write and send your article » Subscribe for news alert
Tags: Trade Division