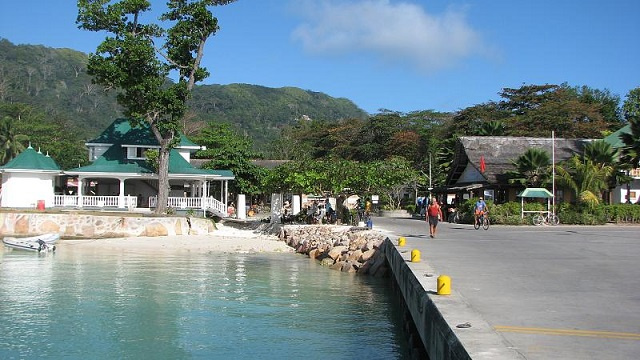 The halt on the construction of tourism establishments is part of recommendations made after a carrying capacity study was carried out for La Digue island from 2019 to 2021. (Rebai, Flickr) Photo License: CC BY 2.0

The halt on construction of tourism establishments is part of recommendations made after a carrying capacity study was carried out for La Digue island from 2019 to 2021.

The Department of Tourism commissioned an independent consultant - Sustainable Travel International - to undertake the study which was completed in February.

A carrying capacity study is done to establish the current tourism development status with regards to a number of key indicators such as the economy, the environment, social welfare, as well as productive infrastructure.

The director for policy, research, monitoring and evaluation in the Department of Tourism, Bernice Senaratne, outlined that the study was about establishing the number of changes that can occur on the island while still remaining sustainable.

"It is recommended that a halt be placed on new establishments until 2023. The 2013 moratorium on construction of new hotels had an impact on the type of accommodations built there and it did not lessen the rapid growth of rooms on the island. As a result, it is recommended that there be no new accommodations developments until the impacts of the pandemic on visitor arrivals are better understood," said Senaratne.

She continued by saying that it is important for all parties concerned to understand that there is a plan to reopen development but only until certain conditions have been met.

"By 2023 it is expected that there will be more favourable conditions, that is, hotel occupancy rate would have recovered as well as investment in productive infrastructure would have taken place. Other recommendations include having a recovery plan to respond to the effects of the COVID-19 pandemic on tourism, economy and businesses, both on visitors and on residents," said Senaratne.

In 2019 there were 675 rooms available for tourists on La Digue. Additionally, there are 105 rooms that have either been approved by the local authorities to be constructed, or under construction. This represents an increase of 18 percent in the n number of rooms coming online in the near future.

One of the findings from the study shows that La Digue is highly dependent on tourism, which is the top economic contributor of Seychelles, an archipelago in the western Indian Ocean.

Senaratne added that this makes it vulnerable to external shocks as seen with the COVID-19 pandemic where the majority of businesses and residents alike were affected.

The study also showed that tourism has elevated the quality of life of the residents on La Digue but that it increased pressure on the infrastructures. Risks include deficient utility services, and a proper waste management system, making the situation more pressing on the island.

"These risks reduced the quality of life of the residents because they compete for the same resources that are needed to cater to visitors' arrival. This is apparent in the number of electricity cuts on the island, as well as the limited fresh water supply sources found there," said Senaratne.

A number of constraints were also identified for the environment. The landfill, situated in a touristic hotspot at L'Union, is currently operating at capacity. Its close proximity to Anse Source D'Argent means that it poses a threat to the water quality.

Tourism » Be a reporter: Write and send your article » Subscribe for news alert
Tags: COVID-19 pandemic