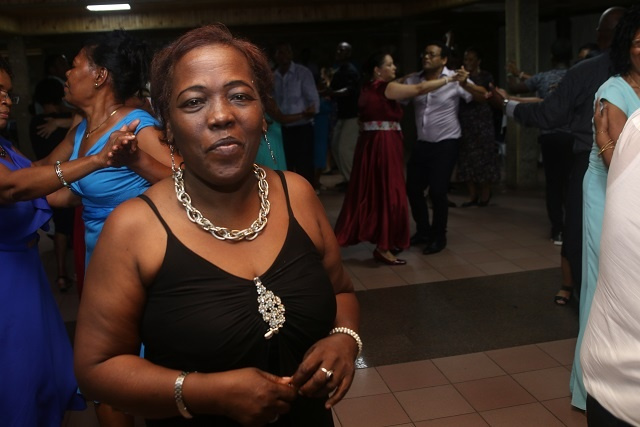 (Seychelles News Agency) - The island nation is mourning the passing of a matriarch, pioneer, promoter and defender of its traditional dances.

Marietta Matombe, affectionately known as Manta, passed away last Thursday at her home in the western district of Anse Boileau following a short illness. Aged 63, Manta was laid to rest on Tuesday.

Matombe kept the Seychellois traditional dance alive by giving lessons to members of the public and also by training local instructors.

Additionally, the traditional dance lady through her efforts has contributed to the first standardisation for Seychelles' kanmtole.

The Culture Department paid tribute to Manta, who was also a talented singer.

"Ms Matombe began her career as a dance instructor with the Department of Culture in 1998 and during her 23-year career, Ms Matombe has trained over 5,000 persons in the art of the Seychelles traditional dance and became an iconic figure in the organisation of the Creole Festival Kanmtole competitions," the department said in a statement last week.

According to the communique "her passion for the promotion of Seychelles' culture and traditional dance saw Ms Matombe heading the Seychelles' national cultural troupe for more than 12 years."

During her tenure as the manager of the national cultural troupe, Manta was able to contribute towards the promotion of Seychelles by taking the Seychellois culture and traditional dances to various countries.

Margaret Vel had the privilege to share many good moments with Manta as a member of the national dance troupe. Vel told SNA on Monday that Manta has left a legacy.

"Her legacy is the love, the commitment and passion she lived and breathed for the traditional dances," said Vel. "Manta was always so disciplined in whatever she had to do, be it organising classes, a dance show or an overseas performance," added Vel, who worked with Matombe since  2002.

Vel added that the way Matombe smiled as she dances is something that will stay with her. "Memories of our end of year gatherings will stay with me. She always rewarded us and had a token for all of us. We enjoyed these December get together," said the dancer.

The Department of Culture remembered Matombe "as a caring and a cherished colleague and friend who will be sadly missed by many but will never be forgotten for her immense contribution towards the preservation and promotion of our culture. This will be especially so by those who were fortunate enough to have known her both as a friend and a colleague."

In 2004 Matombe was awarded the honorary arts award for her outstanding contributions to the development and promotion of traditional dances in Seychelles – 115 islands in the western Indian Ocean.

In an interview with SNA in 2017, Matombe recounted her childhood in a family of six. "I can say that I was born in a family deeply rooted in culture. My parents, as well as uncles and aunties, are musicians and dancers, and most of them are still active, even my mum who is past 80 years old still dances," said the late Manta.

Trained and having worked in the hospitality and tourism industry, Matombe left the island nation in the 1980s for a childminding job in Germany, a relationship she maintained to date with the children who are now parents.

Back in 2017, Matombe had shared her fear for the traditional dances which she felt was losing importance.

"Under threat because the younger generation is not taking up the traditional dances. They are more into modern dances and music influenced by reggae and other beats. But I am positive as we have been training instructors and giving lessons. I am happy to say that in the 12 years that we have been giving lessons, more people join the classes each year. I would like to see more men joining in."

The vibrant, ever so youthful-looking Matombe, had a dream to fulfill and this was to dance her life away.

"As long as these legs will allow me I will continue to persevere and promote and preserve our culture especially the dances. How can I give up when I am the child who was born, raised and breathed traditional dances," Manta had said to SNA.

Marietta Matombe is survived by her mother, three children – two sons and a daughter — grandchildren and siblings.