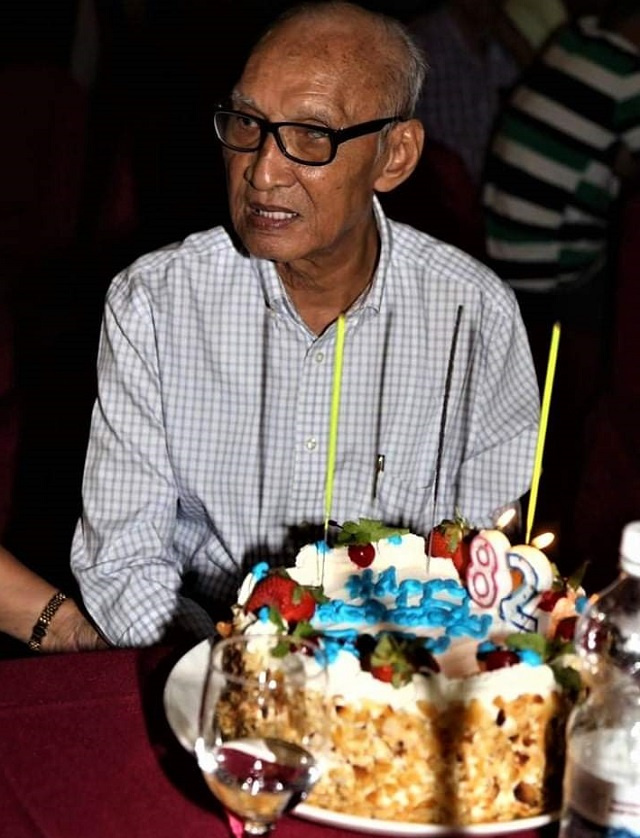 Dang Kow passed away last week at age 85. He was laid to rest on Wednesday. (Chinese Association of Seychelles)

(Seychelles News Agency) - Lovers of Chinese cuisine in Seychelles are this week mourning the loss of Francois Dang Kow, who is credited as having had the best Chinese restaurant and takeaway – with the best pork noodles - in the island nation.

Dang Kow passed away last week at age 85. He was laid to rest on Wednesday.

For 25 years, Kow ran his restaurant, 'King Wah', on Benezet Street in the capital city of Victoria.

Born in Canton, China on February 16, 1936, Kow, came to Seychelles at the age of 15 to join his father who was already working here. In an interview with the Nation newspaper back in 2007, Kow recounted how his father had come to settle in the island nation, to escape the turmoil of the Second World War, leaving his mother, sister and himself in China.

"Life was hard at that time, because of the war, so I left Canton and travelled to Hong Kong by train, to seek work. It was while I was in Hong Kong, barely managing to survive, that some Chinese elders advised me to come to Seychelles. Since my father was already there, I, therefore, decided to follow him. I had only a stamped official document to prove my identity. I remember clearly that it took me 52 days from Bombay in a small boat to reach here," explained Kow.

Once here the boy did different odd jobs including counting coconuts which were later turned to copra until he managed to run a shop at Grand Anse in the west of the main island of Mahe.

"I grasped at the opportunity. I started making local sweets (sikdorz), chilli cake, selling cigarettes and peanuts. I had to walk to town, via La Misere, to buy my provisions. I even sent a man on a bicycle to sell my commodities in other districts. Owning a bicycle and a pair of canvas shoes in the '60s was considered a luxury. Every morning, I had to get up at four and baked bread and cakes till 9 a.m., to have everything ready on time," said Kow.

The entrepreneur explained that his restaurant King Wah was opened in 1975 and was derived from the name of a famous restaurant in Hong Kong, meaning, "good atmosphere".

"I had gone for three months to Hong Kong to learn more about Chinese food. I introduced eight types of food, such as sweet and sour pork, chicken, beef and chicken chow mein, including a specialty under the name King Wah Chicken" said Kow.

The restaurant owner explained that back then business was very slow, and he had to look at different ways to get clients especially tourists who were flocking to the islands after the opening of the airport.

"I used to give taxi drivers free takeaways so that they would bring customers - mainly tourists - to my place. I also contacted some travel agents in town and they would send in customers. The rest is history. After a successful 25 years, I gave up the business in 2000," recalled Kow who had already retired when he gave the interview.

Many still recalled the specialties of King Wah restaurant which many said was the best on the island.

"The best noodle I had in my life was at King Wah. I always ordered the pork one. It was greasy but very tasty," Jude Louange, who always bought his meal from the takeaway, told SNA. Louange added: "There was also a very good ambience, the service was very good, the people there were very nice coupled with the good food, made this place the best, in my opinion."

According to local historian Tony Mathiot, Kow's food business was not the first in the island nation.

"In 1972, Maxime Quilindo introduced the first takeaway outlet in Seychelles, opposite the river next to what is now Kanna Mall. It was a takeaway, not a restaurant but there was a Chinese restaurant in Market Street, In the late 1970s there was also a Mandarin restaurant at Storey House," said Mathiot.