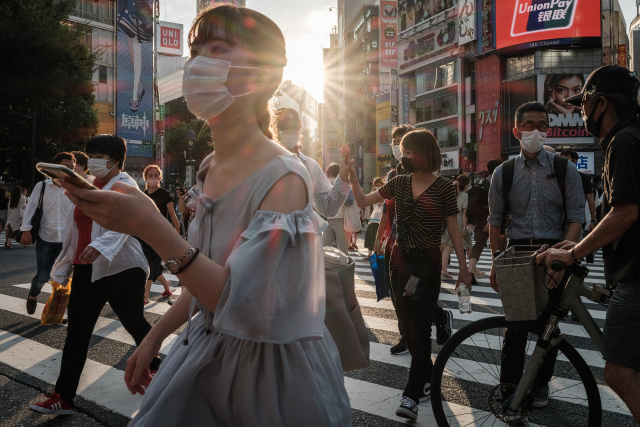 (AFP) - The WHO said Friday that Japan was doing its best to minimise the risk of Covid-19 spreading during the Tokyo Olympics but stressed there was no such thing as zero risk.

The World Health Organization's warning came as Japan extended a virus state of emergency in Tokyo and expanded the measure to four more regions as it battles a record surge in infections a week into the pandemic-postponed Games.

"There is no zero risk. There could be less or more risk. And then, for things to happen with low risk, you try your best," WHO chief Tedros Adhanom Ghebreyesus told a virtual press conference from the UN health agency's Geneva headquarters.

Japan and the International Olympic Committee (IOC) "did their best to minimise risk, because nobody should expect zero risk", he said.

"I know that they have done their best, and we have supported them all along."

Across Japan, new virus cases topped 10,000 for the first time on Thursday, and a string of government officials and health experts have warned that the more contagious Delta variant is fuelling a dangerous surge.

Tedros went to the Olympics opening ceremony and also addressed the IOC in Tokyo.

On Friday he called on the world to draw on the Olympic spirit of unity to bring the pandemic to an end, and said his IOC speech was aimed at using the Games as the biggest platform to spread the message.

"Do you really accept 1.5 percent vaccination in Africa while in some countries it's already 70 percent?" he said.

"Don't we need a platform like the Olympics to go and tell the truth that the world is actually morally, epidemiologically and economically doing the wrong things?

"We are taking the wrong path and we need to use the spirit of the Olympics to correct it."

He said the image of an Olympic torchbearer wearing a mask would remind the world of the pandemic for generations to come.

"It shows that we are doing this in very difficult conditions when we are taken hostage by a dangerous virus. But at the same time, it shows me the determination to fight back."

WHO emergencies director Michael Ryan said the Games organisers and the IOC had comprehensive risk management measures in place, with strong surveillance, regular testing of athletes and delegates, and the use of quarantine and isolation.

"The true drivers of this pandemic are not within the Olympic Games; they're really related to the deep inequities we have in the distribution and availability of vaccines," Ryan said.

He said the Olympics were founded on fair play and Tedros's trip to Tokyo was to urge the world to do likewise with regard to the distribution of vaccines to combat Covid-19, which is hitting some countries "very unjustly and very unfairly".