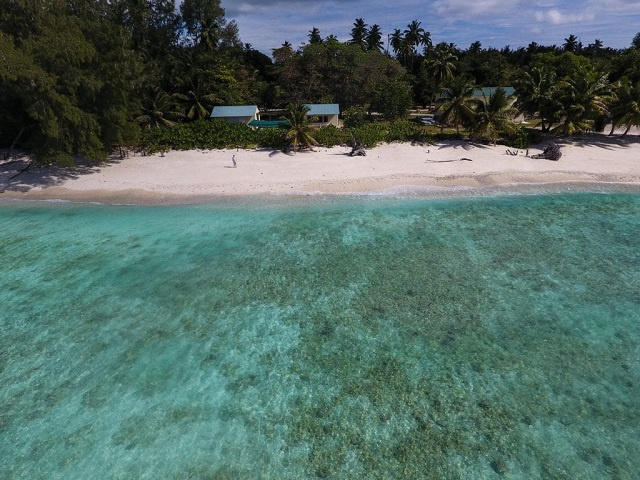 (Ryan Daly, Save Our Seas Foundation)

(Seychelles News Agency) - The Save Our Seas Foundation, a foundation dedicated to protecting life in the world's ocean, has centres in Seychelles, South Africa and the USA.

Based on D'Arros Island, the centre in Seychelles carries our researches, monitoring, restoration and education activities aimed at preserving and showcasing the ecological integrity of the island and that of St Joseph Atoll.

In this week's Seychelles Buzz, SNA looks at five projects being carried out by the Save Our Seas Foundation and the species being targeted.

Coral reefs, which are a huge food resource and tourism draw, form the basis of some of the most diverse marine ecosystems in the world. However, due to coral bleaching, livelihoods are being threatened.

The Save Our Seas Foundation is carrying out long-term research to uncover patterns in coral reef health and disturbance regimes aimed at assessing trends in the health of coral reefs at D'Arros Island and St Joseph Atoll.

The main objectives are to monitor the changes in water temperature across the site, record the benthic cover and composition of the reef, and monitor long-term changes in the distribution and abundance of coral recruits. The team also seeks to investigate the severity and extent of coral bleaching events.

As a result of a variety of disturbances, the health of coral reefs, which support an incredible diversity of marine fish species, continues to decline. Though a lot of research is centered around the reefs themselves, less is known about the consequences to the fish communities that depend upon them.

Under this project, the Save Our Seas Foundation seeks to identify trends in reef fish diversity, abundance, size class and biomass across the reef sites of D'Arros and St Joseph.

Targeted for their gill plates, scientists are seeing a decline in the global population of reef manta rays. The species is currently listed as Vulnerable by the International Union for Conservation of Nature (IUCN), which indicates a high risk of extinction.

Through the survey, the Save Our Seas Foundation is looking to identify and understand the movement patterns of the species as well as their population size residency of the reef manta rays that are using the D'Arros site.

Working with the Manta Trust, the data collected by the Save Our Seas Foundation is incorporated into a broader regional understanding of the population and ecology of these threatened animals in Seychelles.

Listed as Critically Endangered and Endangered, respectively, on the International Union for Conservation of Nature's (IUCN) Red List, the hawksbill and green turtles are both declining in numbers.

With D'Arros Island and St Joseph Atoll having been identified as one of the most important areas in Seychelles and the broader Western Indian Ocean for nesting of the species, the Save Our Seas Foundation seeks to gain a better understanding of the population numbers, nesting activity and movements of marine turtles in the area.

To achieve this, the team regularly records the distribution of nesting turtles around D'Arros and St Joseph, gathers information about the size and identity of nesting turtles as well as egg counts and monitors the numbers of both species of turtles that use the site for nesting to inform long-term population trends.

Covering a range of species - shark, ray, fish and turtle – the key objective of this project is to monitor the patterns of habitat use and behavior across species that use the D'Arros and St Joseph site.

Understanding the movements of different species in space and time gives the Save Our Seas Foundation an insight into the role of these species within ecosystems, as well as the requirements they have from those ecosystems. Movement data gathered for threatened species are particularly important for informing the management and protection of these species.

The team has placed a total of 89 receiver stations across D'Arros Island, St Joseph Atoll and the broader region, which record information about the presence of individual animals that have been tagged with acoustic transmitters. By doing this, the movement and distribution of different animals are better understood as time goes by.