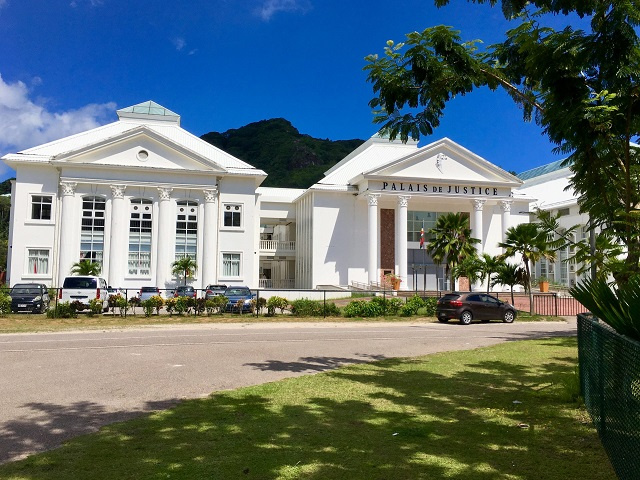 According to the court report, Mahalingam Kanapathi, who pleaded guilty, was convicted for the offence under the Fisheries Act of Seychelles. (Judiciary)

(Seychelles News Agency) - The captain of a Sri Lankan-flagged vessel intercepted in the waters of Seychelles has been fined SCR2.5 million, or $167,000, after he was found guilty of fishing without a foreign fishing vessel licence, the Supreme Court ruled on Wednesday.

According to the court report, the accused -- Mahalingam Kanapathi, who pleaded guilty -- was convicted for the offence under the Fisheries Act of Seychelles.

The 32-year-old was arrested on June 1 by the patrol vessel Topaz onboard Sampath 7, a foreign fishing vessel with a registration that is not licensed or authorised for fishing in Seychelles' waters.

When passing the sentence, the presiding justice in the case, Rony Govinden, said that for committing the offences of fishing without a Fishing Vessel Licence "I imposed a fine of SCR 2,500,000. In default of paying this fine within 14 days of this sentence, the accused shall undergo 2 years' imprisonment."

Govinden also ordered that "the vessel SAMPATH 7 together with its gears; articles used for commission of the offence and any catch found onboard be forfeited to the Republic of Seychelles in accordance to Section 70 of the Fisheries Act."

The case will be called on August 18 in order to ascertain the payment of the fine and the convict is not to leave the island nation until then.

The convict has a right to appeal against this sentence within 30 working days.

Govinden said that there has been a long list of unauthorised fishing in Seychelles waters cases over the years in which following convictions the Supreme Court had imposed fines with default of payment of fines being the forfeitures of the fishing vessels and their fishing gears and their catch.

"In those sentences, the court had also invariably ordered for the repatriation of the convicts. The resulting effect has been the fines being intentionally left unpaid by the convicts allowing the fishing vessels to be forfeited and the accused walking free from the court," he added.

The vessel was the third one caught on suspicion of illegal fishing in the Seychelles' waters since May this year.

Seychelles, an archipelago in the western Indian Ocean, has a vast Exclusive Economic Zone of 1.4 million square kilometres which presents a challenge when it comes to monitoring illegal activities in the island nation's waters.