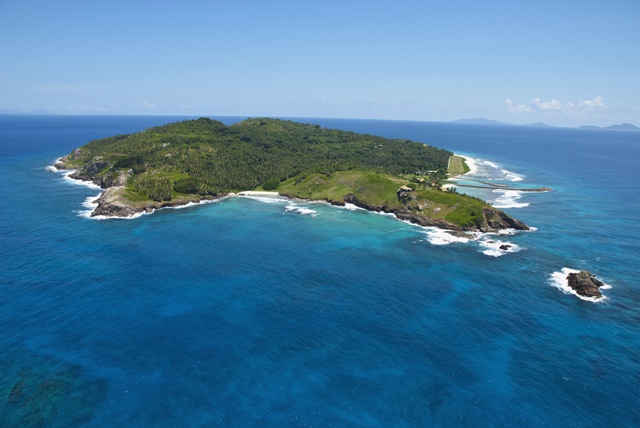 (Seychelles News Agency) - In an annual global assessment on ocean health, the territorial waters of the Seychelles have been ranked as one of the world’s most pristine ocean environments.

The country received a total index score of 83 out of a possible 100, an improvement of one percent from the previous year, and researchers at the Ocean Health Index have predicted that Seychelles’ score will rise by as much as nine percent next year.

“The score of 100 that is set as a target for each goal reflects a status that is feasible to achieve and can sustainably produce maximum benefits now and in the future,” explained Steve Katona, Managing Director for the Ocean Health Index in an interview with the UC Santa Barbara Current.

“Any score below 100 means there is room for improvement.”

The world’s oceans on average got a ‘D’ score on its report card, according to Conservation International, who prepared the 2014 Ocean Health Index with help from researchers at various institutions, including the University of California, Santa Barbara, the University of British Columbia and the New England Aquarium.

The global average score of 67 percent was largely due to problems associated with overfishing, pollution, climate change and inadequate protection. However, the researchers have said that the overall score is not only a slight improvement on previous years, but also a better performance than expected.

Since the index began to publish its results in 2012, it has this year added all the high seas in the oceans to the 220 EEZs that were measured before. Scientists now hope that the EEZs together with the high seas, Antarctica and the Southern Ocean assessments will begin to provide a much more comprehensive summary of the health of the world’s oceans.

“I think many people are surprised that the score is that good, because people hear all the bad news about overfishing, pollution, death of coral reefs, climate change, and so on,” said Katona to the National Geographic.

“If you come home with a paper from school, your parents aren't real happy if it's a 67, but most people expected a score for the ocean that was worse.”

The United States scored 72 percent this year, an improvement of nine percent from 2012. China also improved its score from 53 in 2012 to 65.