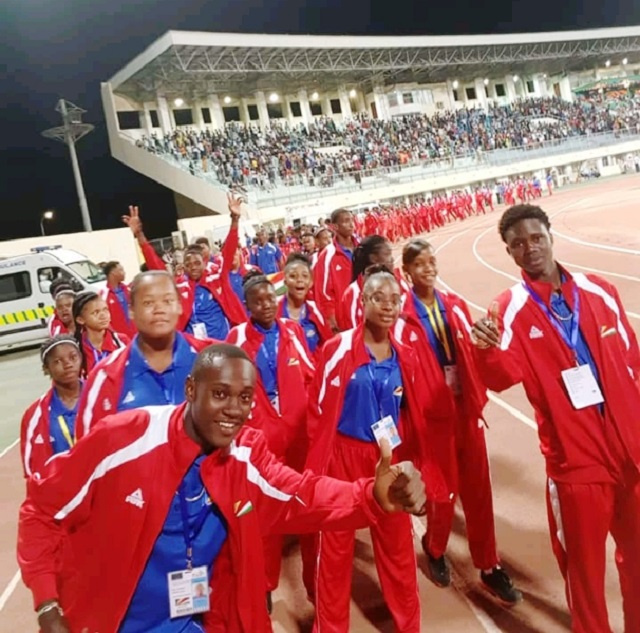 The last Games were held in 2018 in Djibouti in which Seychelles had 80 athletes participating in five sports. (Seychelles Nation)

(Seychelles News Agency) - The 12th edition of the Indian Ocean Youth and Sport Commission games due to take place this year have been pushed back to December 2022 in Mauritius due to the COVID-19 pandemic.

The decision was taken on Thursday after a virtual meeting between member states.

"During this morning's meeting, Mauritius, who will be the host of the game, proposed that the games be held between December 4 to 11 in 2022, which was supported by all seven member states," said Jean Larue, chief executive of the National Sports Council.

Larue said that the Mauritian authorities are monitoring the pandemic closely so that they can come up with proper strategies to ensure that the games can be held with proper safety for all involved.

The CJSOI Games which are held every two years were introduced in 1994 by the Ministerial Committee of the Commission de la Jeunesse et des Sports de l'Ocean Indien. Its objectives are to promote friendship ties between young people from member States and foster regional cooperation, sporting culture and development of youth aged 14-17.

The last Games were held in 2018 in Djibouti in which Seychelles had 80 athletes participating in five sports: athletics, football, handball, table tennis and petanque.

The member state of CJSOI includes the Comoros, Djibouti, Madagascar, Mauritius, Mayotte, Reunion Island and Seychelles, a group of 115 islands in the western Indian Ocean.

Mauritius has proposed nine disciplines for both male and female and these include athletics, beach handball, boxing, footsal, tennis, table tennis, triathlon, sailing and bocce ball. Seychelles proposed the additions of swimming and weightlifting to the games, which have been considered, said Larue.

Aside from the games, other topics discussed during the meeting were to have a number of changes in the CJSOI's policies along with other matters, including the re-election of Seychelles as the president of the commission.

"Seychelles has been holding the presidency of this commission since 2019 and its mandate was supposed to end today. It was decided that Seychelles remain as the president of the commission, mainly due to the current global crisis and thus Minister Zialor was re-elected," said the NSC's head of international relations, Michel Savy.

One of the changes announced by Marie-Celine Zialor, the Minister for Family affairs, Youth and Sports, is to create better harmony between the CJSOI Games, the Indian Ocean Island Games, the Francophonie Games, All-Africa Games, all the way to the Olympic Games.

"This will enable athletes to use start preparing for the Olympics through these regional games, thus elevating the level of athletes who will now be discovered, trained and have their progress monitored through all these games," she said.

Seychelles is on track with paying off its external debts, says government