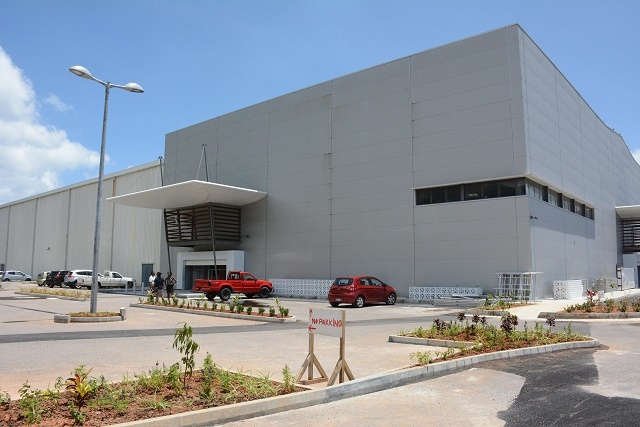 The company intends to put PV panels on the roof of the Bois de Rose complex which is now under its management and houses the country's only hypermarket. (Seychelles News Agency)

(Seychelles News Agency) - The Seychelles Trading Company (STC) has launched a local tender for the provision and installation of photovoltaic panels on its Bois de Rose Complex, said an STC official.

The company's head of human resources, Jean Raguin, said that the main aim of the project is to reduce the amount of money STC pays out in electricity bills, but also to make the complex more environmentally friendly.

The company intends to put PV panels on the roof of the Bois de Rose complex which is now under its management and houses the country's only hypermarket. STC is working jointly with the Seychelles Energy Commission which is providing the technical guidance and overseeing the project.

The tender is open until next week and STC is inviting bidders to submit their proposal for the project. Once the winning bid is decided STC will source funding and start implementation.

"We are considering various lines of credit such as EXIM BANK and other local financial instructions for financing," said the company head of human resources, Jean Raguin.

The Seychelles Trading Company is mandated with providing essential commodities at the best prices as part of the government's strategy to keep the cost of living affordable.

The tender follows a request by President Wavel Ramkalawan for the company to reduce its electricity bill by turning towards green energy.

Raguin added that the project when implemented will impact favourably on the company's expenses thus making it possible for it to provide even better rates for its clients.

The chief executive of the Seychelles Energy Commission, Tony Imadua, said that while the project is a big one, it is not the biggest undertaken in the country in regards to the installation of PV panels.

"So far the one on Ile de Romainville which is administered by PUC (Public Utilities Corporation) is the largest. In regards to the STC one, we are advising them on the technical level with matters such as the integrity of the roof of the building and what and how much can be installed there," he said.

He said that when the installation is completed this will be the largest on roof. Currently, the largest is on the roof of the Central Bank building.

The Energy Commission is the regulator for this type of activity in Seychelles and Imadua said that there are some 11 operators in the sector with around three or four who have the ability for this range of project.

"We cannot always say we do not have the local know-how. The aim behind each project, even when it is partnered by an international company is to build local capacity," added the chief executive.

Imadua said that while this is the main project which STC is starting out with, it is not the only one as the company is also looking to installing PV panels on its other building such as the warehouses, which would ultimately give it the ability to produce enough electricity to sell to PUC.

Internet prices to drop in 2022 in Seychelles, President says in final address of year