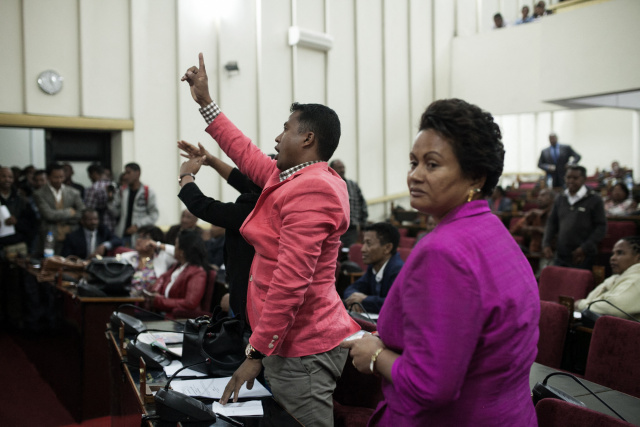 In a televised speech, he kept the 60-year-old Prime Minister Christian Ntsay and brought back 10 other ministers, but introduced 22 new faces to the government of the large Indian Ocean island.

Among those reappointed were the ministers of defence, security and communication - three key portfolios Rajoelina relied on especially following the alleged coup foiled plot to assassinate him in July.

The newcomers include a former presidential advisor, Patrick Rajoelina (unrelated to the head of state), who is taking on the foreign affairs portfolio.

Sofia Ratsiraka, daughter of ex-president Didier Ratsiraka who died in March, was appointed minister responsible for the crafts sector.

Wednesday's cabinet suspension came amid a worrying surge in inflation and a famine ravaging parts of the south after five straight years of low rainfall that have wiped out harvests.

Rajoelina won the last vote in December 2018, in an election beset by fraud allegations, and is expected to seek re-election in the next polls in just over two years.