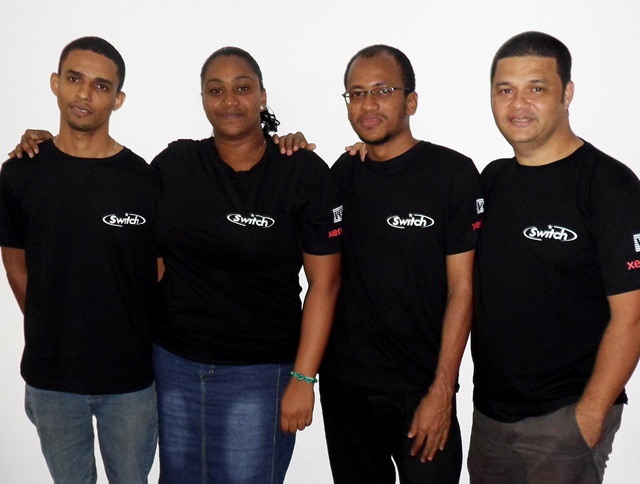 (Seychelles News Agency) - Web enthusiasts from Seychelles, Mauritius, Réunion, Madagascar, Mayottes and the Comoros, will be measuring up against each other this weekend as the 2014 Webcup finals gets underway at the CyberCity in Mauritius.

The six Indian Ocean island nations are being represented by the team that won the webcup competitions held simultaneously in the respective islands in June this year.

The 2014 webcup final competition which started at 12:00 hours local time will see the different teams working non stop until 12:00 hours on Sunday. They have 24 hours "to create a web portal for the President of the United Webcup Confederation that will re-invent the way to communicate between the state and its citizens."

The topic that had been kept a secret was revealed only moments before the challenge began.

The Seychelles islands that is taking part in the finals for the first time this year after organising the first ever webcup competition in June is being represented by team BlueFire. The team won the challenge to design the best 'political campaign portal for the United Webcup Confederation to elect its president'.

The BlueFire team competing in Mauritius this weekend, comprises of Hervé Chang-Yunn a content developer and a senior executive at VCS group, Alvin Lebon a web developer, Anisha Mangroo a graphic designer, both working for Switch, a marketing agency within the VCS group of Companies and Jean-Francois Rose an IT manager at MAIA Resort, a hotel in the Western part of Mahé, main island of the archipelago.

Interestingly Rose was the only member of SRV, the only team that competed against BlueFire in the Seychelles Webcup in June and now he has joined them to compete in the finals, as their fourth team member Rondy Monnaie is currently pursuing further studies in the UK.

For the Seychelles team the competition is being viewed as an exciting opportunity to measure up against the best web specialists and enthusiasts in the Indian Ocean.

“We are really proud to be representing Seychelles at this international event and with this being our first participation at this level, our objective is to produce our best performance and show the region we can build a professional and fully functional website within 24 hours,” said Hervé Chang-Yunn, team leader of BlueFire in a.press statement before leaving for Mauritius on Wednesday.

“We realize that it will be a tough challenge but our competitive trait will see us through as we work best when under pressure.”

This year, the Webcup final is being organised and financed by the Mauritian Ministry of Information Technology and Communication along with other ICT partners and sponsors.

The Webcup is an annual competition initiated by the Webcup association of Reunion Island in 2010, designed for anyone with an interest in ICT be it amateurs, students or professionals who can participate as individuals or teams of not more than 4 members.

The French overseas department in the Indian Ocean, came up with this fun and educational event to promote Information and Communication technology (ICT).

Seychelles and the Comoros decided to join the fun this year.

The Webcup association which is based in Reunion has already expressed its wish to hold the Webcup final in Seychelles next year.