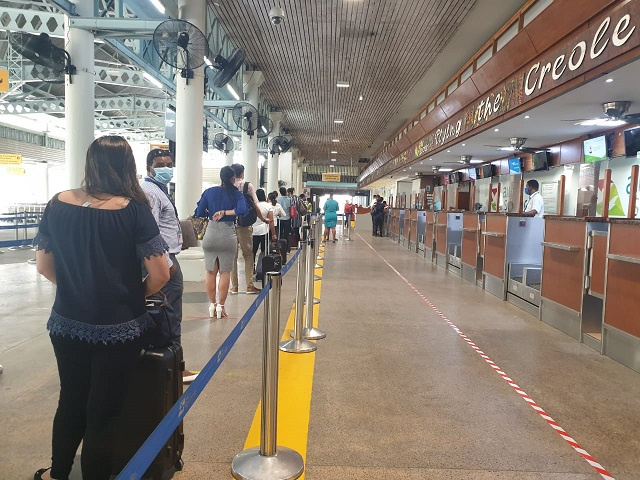 The NBS latest figures show that there has been a decrease of nearly 78 percent in the number of Seychellois citizens that have gone on holiday. (Air Seychelles)

(Seychelles News Agency) - Seychellois are largely foregoing foreign travel during the COVID-19 pandemic, in part because many popular foreign destinations remain closed to them, government statistics and a travel expert say.

The National Bureau of Statistics (NBS) latest figures show that there has been a decrease of nearly 78 percent in the number of Seychellois citizens that have gone on holiday in the first half of the year compared with the same period in 2019.

The manager of the Ocean Air travel agency said he has seen a big drop in the number of clients, in part because "even though people want to travel, Europe is still closed, so is South Africa and Mauritius. For now, most of our clients are travelling for business reasons and not so much for holidays," said Jean-Claude Volcere.

In the first half of 2019, NBS statistics show that 4,096 Seychellois nationals traveled on holiday compared to the 909 who have done so this year.

For those who have travelled this year, the most popular destination has been Dubai in the United Arab Emirates.

But the case case of Mauritius shows how stark the foreign travel situation is. Nearly 5,000 Seychellois travelled there in all of 2019. So far in 2021, only four Seychellois have gone there, statistics show.

Mauritius plans to fully open its borders to visitors on October 1. In a bid to revive interest in travel, Air Seychelles is holding a series of promotions among which is a $389 fare to Mauritius.