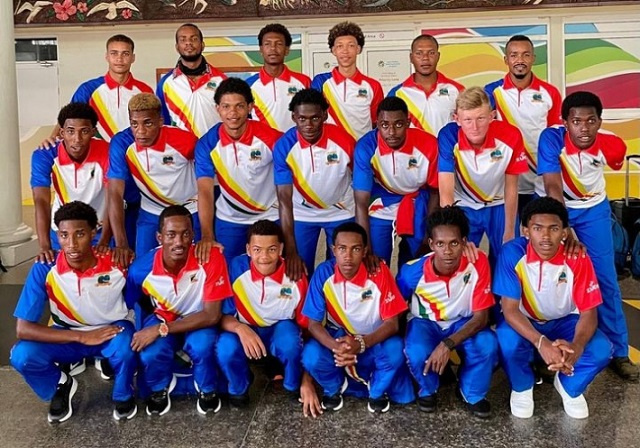 (Seychelles News Agency) - The Seychelles Football Federation has confirmed that clubs from the island nation will not participate in competitions organised by the Confederation of African Football (CAF) for the 2021/2022 season due to the COVID-19 pandemic.

In a typical year the team that wins the premier league participates in the CAF Champions League while the Cup winners take part in the Confederation Cup which will start September 11.

The decision to have no team from Seychelles compete in this year's tournament is due to the fact that most teams have now not been training for over a year, due to restrictions in place to curb the spread of COVID-19.

"We have been going back and forth to negotiate with the Public Health Authority, to find a way for football to restart, but at the moment, teams are still unable to train and football competition is still not allowed," the chief executive of the Federation, Georges Bibi, told SNA.

One of the teams due to take part in this year's Champions League is last season's SeyPearl Premier League champions — Foresters. It would have been their first ever participation in Africa's club football competition.

Forester's manager, Sam Payet, told SNA that both players and the management team are disappointed with the decision taken by the Seychelles Football Federation.

"Opportunities like this do not come often in football, especially for our more senior players. They were looking forward to it and now for some of them, despite their hard work, they might not have this chance to play continental football again," said Payet.

Seychelles' last representation in continental competitions were Cote d'Or and Saint Louis Suns, with both sides eliminated in the preliminary rounds.

He added that there have been in constant communication by the Federation with the football clubs to let them know about any developments. A taskforce was set up to find a way to allow football to be played safely.

"I am part of the task-force along with other representatives from the Federation and even the Public Health Authority, but so far we remain disappointed that the sport cannot resume. It is affecting a lot of teams and their players who aside from being unfit when football will be allowed to start may even lose interest in playing," said Payet.

The restrictions have also left in doubt the immediate future of competitive football in Seychelles, an archipelago in the western Indian Ocean. The new season was due to start in August.

In many other countries, sporting activities have resumed despite the threat of the pandemic.

"I do not understand how other countries with more COVID-19 cases can safely hold football matches, but Seychelles can't, especially with the percentage of the population that has been vaccinated," said Bibi.

The chief executive nevertheless is urging local football clubs to look for ways to train their players in groups or individually, so that they can remain fit and focus once the season can start.

"We are not stopping our fight to get football back to the players and fans. We wish that teams can find ways to train their players so that we can restart as soon as we get the go-ahead from the authorities," Bibi added.

Meanwhile the men's national team took part in a friendly tournament hosted by Comoros. The Seychelles Pirates lost their first match last Wednesday 7-1 to the host nation and also lost their second match on Saturday 8-1 to Burundi.

Sport » Be a reporter: Write and send your article » Subscribe for news alert
Tags: Confederation of African Football