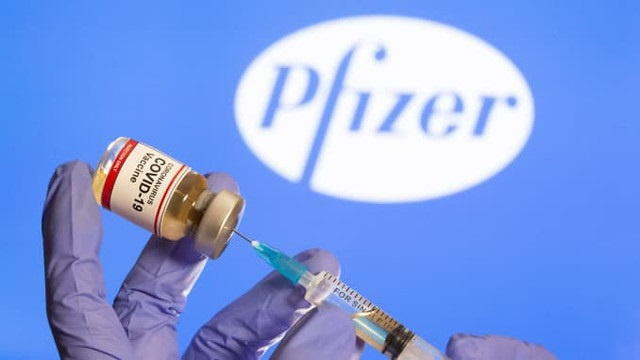 The 35,100 doses of the Pfizer vaccine -- a donation from the United States under the COVAX programme. (Felton David, Flickr) CC BY 2.0

(Seychelles News Agency) - Seychelles will receive the first batch of Pfizer vaccines on Wednesday said President Wavel Ramkalwan on Tuesday in an interview.

The 35,100 doses of the Pfizer vaccine -- a donation from the United States under the COVAX programme -- will kickstart the vaccination campaign for the island nation's youths on Friday.

Seychelles, an archipelago in the western Indian Ocean, decided to administer the Pfizer vaccines to the age group 12 to 17 to reduce the rate of infection within that group.

The President of Seychelles, Wavel Ramkalawan, told reporters on Tuesday that the remainder of Pfizer vaccines that will be used to vaccinate 7,000 youths will be used to provide booster shots for those who had already taken one of the shots that were made available to the country's citizens since last year. The vaccine has a lifespan of five months.

"Priority for these additional booster shots will be given to those who are more vulnerable to the virus," explained Ramkalawan, who said that he has already taken his Pfizer booster shot.

Ramkalawan urged citizens who have already taken their initial vaccines to come forward and take a booster shot.

He added that a private donor will be giving the Seychelles an additional 30,000 vaccines that will arrive in the country soon.

In a previous press conference, a member of the national technical working group, Sanjeev Pugazendhi, said around 100 people between the ages of 10 and 20 have active cases. "This means that there are more people who have been exposed to these 100 cases, and as such are in quarantine and missing school as well. This puts pressure on parents as well as they have to leave work to stay with their children when they are infected."

Since it launched its COVID-19 vaccination campaign in January,  Seychelles has administered Covishield, Sinopharm and Sputnik vaccines. Pfizer will be the fourth vaccine made available in the country.

In the last vaccination figures given by the health authorities in May, 60,407 people from a population of 98,462 have received both doses of a vaccine. This represents 86 percent of the population target of 70,000.

In preparation for the arrival of the vaccines, the proper refrigerated storage was sent to the archipelago a few months before.

COVAX is one of three pillars of the Access to COVID-19 Tools (ACT) Accelerator launched in April by the World Health Organisation (WHO), the European Commission and France in response to the COVID-19 pandemic.

Under the programme, Seychelles' authorities will only have to pay for the transportation of the vaccines.

Health » Be a reporter: Write and send your article » Subscribe for news alert
Tags: Pfizer vaccines