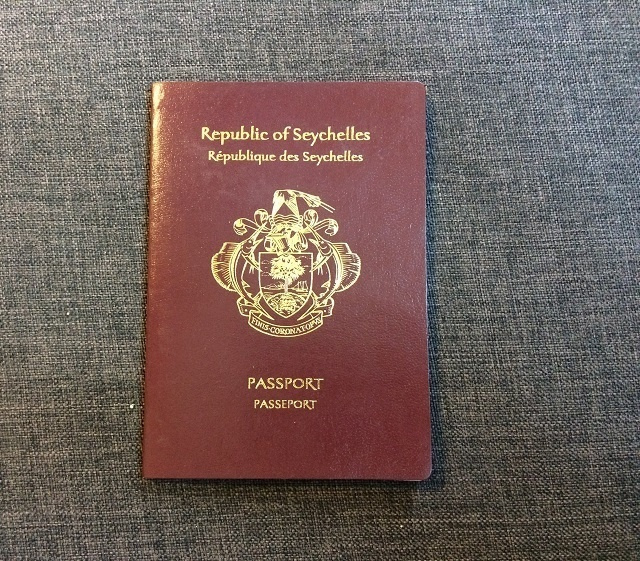 Volcere said that since the start of the year there has seen a decline in applications for citizenship. (Seychelles News Agency)

(Seychelles News Agency) - Proposed amendments to the Seychelles' Citizenship Act will make it easier for former Seychellois citizens to regain citizenship but more difficult for a foreigner who married an islander, said a top government official on Wednesday.

The proposal, which has already been approved by the Seychelles' Cabinet of Ministers, will go to the National Assembly for a vote.

The proposed amendments include a major change to citizenship by naturalisation. In the amendments, a person will be eligible for Seychellois citizenship after being married to a Seychellois for 15 years and having resided in Seychelles for a cumulative period of five years.

"Currently, a person can apply for citizenship if they have been married to a Seychellois for 10 years and must have been a legal resident for a period of five years," the Principal Secretary for Immigration, Alain Volcere, told SNA.

"With these amendments, only a former citizen of Seychelles will now be able to register for citizenship through special circumstances. A former citizen is a person who for whatever reason left Seychelles for a country where dual citizenship is not allowed and therefore had to renounce their Seychellois citizenship for the country they were in," added Volcere.

"As a former citizen, it does make sense for a person to sit for a test which concerns the geography and history of Seychelles, as they should already know these details," said Volcere, who added that this will make the process easier for this class of applicants.

Another major change to the Act will be certain consideration given to children born outside Seychelles to Seychellois mothers who left the country before independence on June 29, 1976 and also between 1976 and June 5, 1979. Applicants in this category will also be given Seychellois citizenship rather than apply for it.

"Previously, citizenship was only given to children whose fathers were Seychellois, but not to those whose mothers were citizens of Seychelles. We want to address these anomalies, to ensure that these people can also become Seychellois citizens,' said the Principal Secretary.

The process for attaining citizenship in Seychelles, an archipelago in the western Indian Ocean, normally takes about six months, provided all documents are in order. Applicants have to answer 25 questions out of a pool of 100 questions in one of the three national languages, English, French, or Creole. An 80 percent pass mark is required prior to submission of application for citizenship.

Volcere said that since the start of the year there has seen a decline in applications for citizenship. Only about 20 applications have been made so far.

The issuing of Seychellois citizenship has been greatly debated in the National Assembly by the members of the Linyon Demokratik Seselwa, the opposition party at that time. LDS members felt that the citizenship laws must be revised to ensure that Seychelles does not become a territory where foreigners can easily enter, stay and gain citizenship.