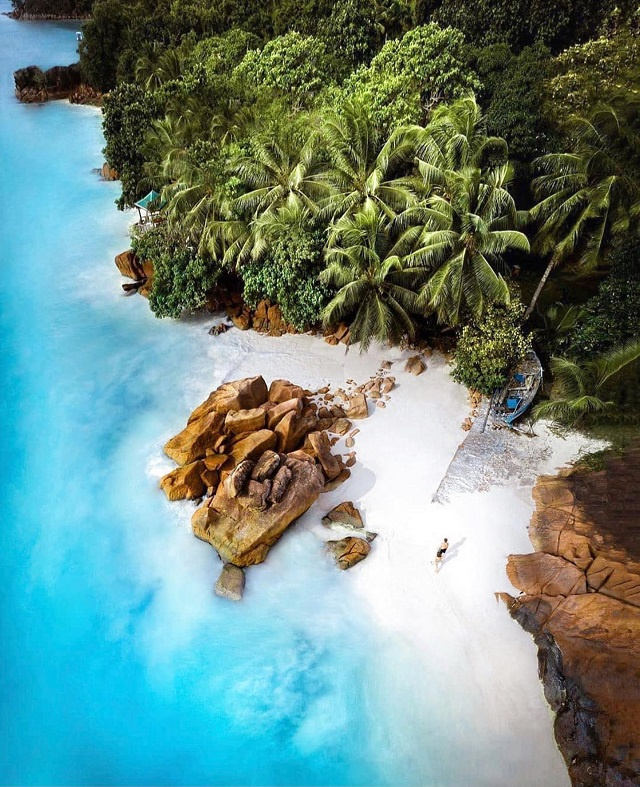 The island nation reclaimed its World's Best Award in Africa and the Middle East, which it had won in 2019. (Tourism Seychelles)

(Seychelles News Agency) - Seychelles was voted the top island destination in Africa and the Middle East and amongst the 25 World's Best Islands for 2021 in two lists published last week by Travel + Leisure.

The island nation reclaimed its World's Best Award in Africa and the Middle East, which it had won in 2019, making it the fourth time bringing home the award. It also ranked 24th in a list of 25 World Best Islands.

The director general for marketing of Tourism Seychelles, Bernadette Willemin, said in a news release that receiving such significant recognition is an honour for the destination.

"Being named the 2021 World's Best Island in Africa and the Middle East once again is a delight for our small destination. It is reassuring for the industry at large to know that our visitors do not only recognize the natural beauty of our islands but also the entire experience that makes us unique and definitely 'Another World'," said Willemin.

Two other African countries, Zanzibar and Mauritius, came out in second and third position on the list, which was voted on by readers.

Seychelles, 115 islands archipelago in the western Indian Ocean, was labeled "the eighth wonder of the world," by one Travel + Leisure reader, who praised it for its "exquisiteness."

According to the magazine, another enthralled reader dreams of "going back and cruising among the islands," no doubt to take in Seychelles' six national marine parks and two UNESCO World Heritage sites.

"As tourism grows in Seychelles, so does its luxury footprint. This summer, Hilton portfolio LXR debuted the 41-room Mango House on Mahé's Anse aux Poules Bleue beach. Whether you venture to Seychelles as a honeymooner following in celebrity footsteps, or as a nature-seeker in search of wildlife in Vallée de Mai Nature Reserve's verdant tropical forest, you're guaranteed to find "breathtaking experiences," as one reader put it, said the magazine.

Travel + Leisure said this year's standouts are as far-flung as ever. The magazine said this when announcing the results of the survey which allows readers to reflect on their travel experiences and suggest a renewed appreciation for places that offer unparalleled natural beauty and in many places, fewer crowds.

The island nation's nomination results from the annual survey conducted by Travel + Leisure, which allows readers of the New York-based travel magazine to rate their travel experiences around the globe.

Travel + Leisure is a travel magazine which publishes 12 times a year, it has 4.8 million readers.