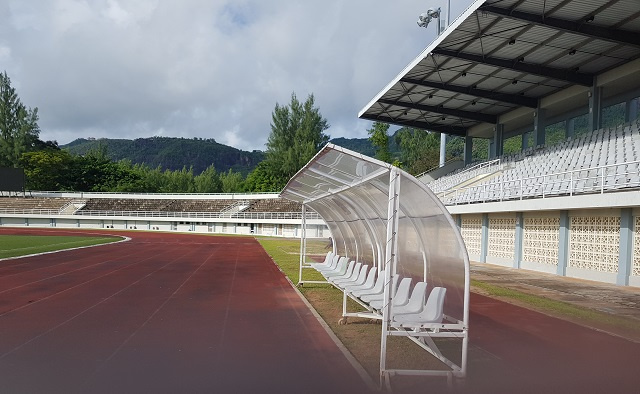 The Federation is still discussing with the authorities to let fans attend matches, as there is a lot of potential for social distancing at the main 10,000-person-capacity Unity stadium. (Betymie Bonnelame, Seychelles News Agency)

(Seychelles News Agency) - The Seychelles Football Federation has confirmed that the 2021/22 league season will start on November 20 after a revision of COVID-19 restrictions which allow for competitive team sports to take place without spectators.

"We are happy that this decision has been taken as it will allow us to bring football back after such a long wait," the chief executive of the Federation, Georges Bibi, told SNA on Monday.

He said that while a start date has been agreed, the Federation is still working on the schedule.

The league season normally starts with the President's Cup, with a match pitching the winner of the Premier League versus the Knock-out Cup winner. But no decision has yet been taken for this year.

Bibi also confirmed that the Federation is still discussing with the authorities to let fans attend matches, as there is a lot of potential for social distancing at the main 10,000-person-capacity Unity stadium.

"The stadium is never full during any football matches so there could be a way to let fans watch the games while maintaining social distancing, as it is only through ticket sales that most teams are able to raise funds," Bibi added.

In the meantime, the Federation is working to improve the level of football in Seychelles, an archipelago in the western Indian Ocean. Recently, a developmental squad represented Seychelles in friendly games.

"We want to give younger players the experience of playing competitively and so the results were not of importance to us. As part of our development plan, we want to start working with the players at a young age and gradually integrate them into the senior squad," said Bibi.

Meanwhile, the senior national team will compete in a friendly tournament in November that will include Bangladesh, Sri Lanka and the Maldives.

The public health authority's announcement will come as a great boost to coach Bothe, as depending on when the season starts, he could have a group of match-fit players to pick from.

The senior squad's last outing was back in the 2020 Bangabandhu Cup, hosted by Bangladesh, a six-team friendly tournament where Seychelles lost 1-0 to Palestine in the semi-final.