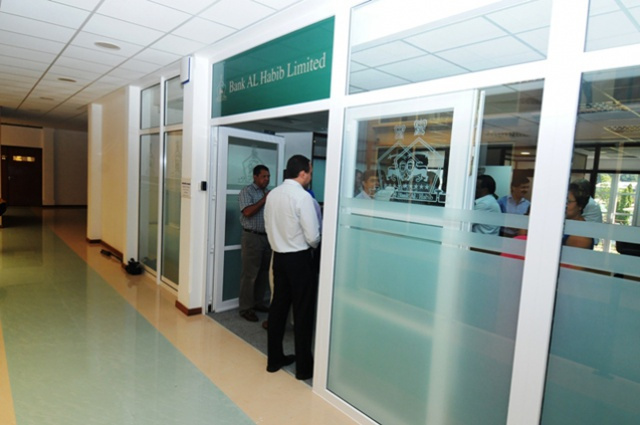 The Central Bank told SNA on Thursday it has approved the request for the voluntary closure of the bank. (Seychelles Nation)

(Seychelles News Agency) - The Central Bank of Seychelles has confirmed that the Bank Al Habib Limited has submitted a request for the voluntary closure of its branch in the island nation.

The Central Bank told SNA on Thursday it has approved the request for the voluntary closure of the bank and will give further information on the matter next week.

The news of the shutting down of the Bank Al Habib in Seychelles was published in a Pakistani independent news publisher, ProPakistani, on Wednesday.

The Pakistani multi-national bank which specialises in trade financing opened a branch in Seychelles, an archipelago in the western Indian Ocean, on July 15, 2014,  in the Capital City Building in Victoria, the capital.

When it set up a branch in Seychelles, the bank said it will engage in the business of taking deposits and advancing loans and credit facilities to corporate and individual clients. Additionally, it will also work with other banks and financial institutions by undertaking, arranging or advising on deals in trade finance, working capital finance, project finance, and other financial products.

Since its establishment, the bank has made it a policy to only deal with certified businesses and conducts thorough background checks to verify their customers working with the respective national central banks and security agencies. This banking approach has seen Bank Al Habib emerging as one of the major banks in Asia.

The bank Al Habib Limited, although part of the Habib Group, is the branch that dealt with certified businesses. The Habib Bank also closed its branches in Seychelles in March 2019.

According to the ProPakistani news, "The management of Bank Al-Habib has been focusing on its local operations and business with one of the fastest-growing networks of branches which surged to over 940 across the country."

Bank Al Habib has a branch network of more than 940 branches and wholesale branches in Bahrain and Malaysia and offices in the United Arab Emirates, Istanbul in Turkey, Beijing in China and Kenya.