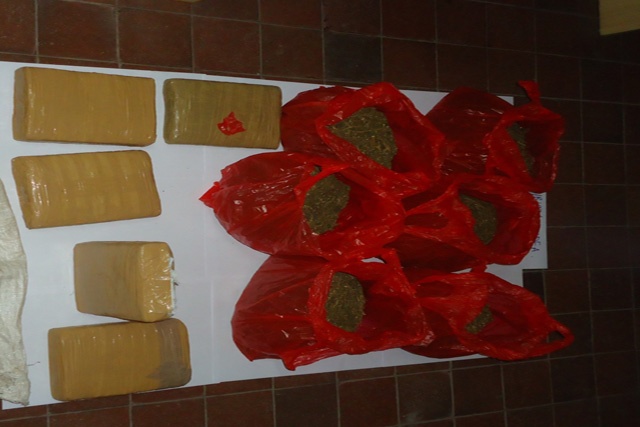 Suspect Packets recovered during the NDEA/VIC operation on March 26 2014, (NDEA)

(Seychelles News Agency) - The Seychelles islands' National Drugs Enforcement Agency (NDEA) says it seized a large consignment of illegal drugs more than a week ago. It is valued at $350,000 and believed to have emanated from Madagascar according to an NDEA statement issued this afternoon.

".. approxiamtely eight kilograms of high grade compressed cannabis was seized from a car after it entered the grounds of a house in the Port Glaud area," reads the statement. Port Glaud is a western district of the Indian archipelago's main island of Mahe.

The NDEA operation on Wednesday March 26 was supported by the the Seychelles police VIC(Vice Intervention Component) unit. In a follow up operation 4 Seychellois men were arrested and are in police custody, awaiting to face charges in connection with the seizure.

Two of the men are in their thirties, one is 26 years old and the fourth is 18 years old.

General » Be a reporter: Write and send your article » Subscribe for news alert
Tags: drugs, NDEA