Seychelles' Peter Larose gets new role at the World Bank 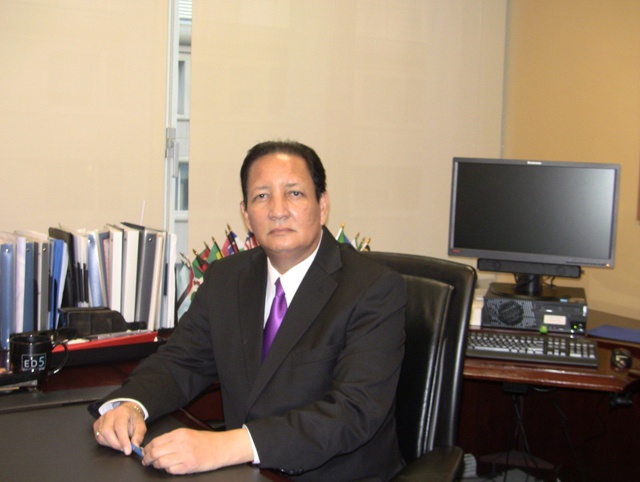 Dr Peter Larose, the new Executive Director of the Africa Group 1 Constituency at the World Bank Group. (Ministry of Finance, Trade and Investment)

He received the unanimous support of all the countries of the Africa Group 1 Constituency.

It was in September 2008 that Larose joined the World Bank Group. Two years later, in November 2010 he was promoted to the position of Senior Advisor.

Larose who is taking over from Zambian Dr Denny Kalyalya will assume his new role as of November 1, 2014 and the position is for a two year period.

The Seychelles President James Michel has commended Larose for his leadership role and capabilities that he has demonstrated since joining the World Bank in 2008 which Michel said has earned him the respect and trust of his peers.

"Your election to this high office is a well-deserved recognition of your professional qualities and an endorsement of the confidence that our neighbours on the African continent place in you and in Seychelles,” said Michel in a press statement issued by State House today.

The Seychellois head of state has hailed Larose’s election as an outstanding achievement adding that it has brought “immense pride and satisfaction to Seychelles, as well as added visibility to the cause of small island states and the advocacy of the Blue Economy within the World Bank Group.”

At the same meeting during which Larose was elected, last week, the Seychelles Minister for Finance, Trade and Investment Pierre Laporte was also appointed the new Chairman of the World Banks' Small States Forum.

This is an honorary role which highlights Seychelles' leadership in promoting the interests of small state economies.